The auction for the iconic Kings Cross Coca-Cola sign has wrapped up, with the billboard raking in thousands dollars for charity.

In total, the letters that made up the sign went for $100,700, with all proceeds going to local charity The Wayside Chapel. Each letter was for sale individually and it is unclear if each of the letters have gone to different owners or if the sign is set to have just one home.

The auction of the sign well and truly beat some of the previously most expensive Coke items sold on eBay, with the letter that secured the highest price being the second 'c', being the third letter that featured on the billboard. The lower case c drew a price of $18,700. All of the other letters went for some $10,000. 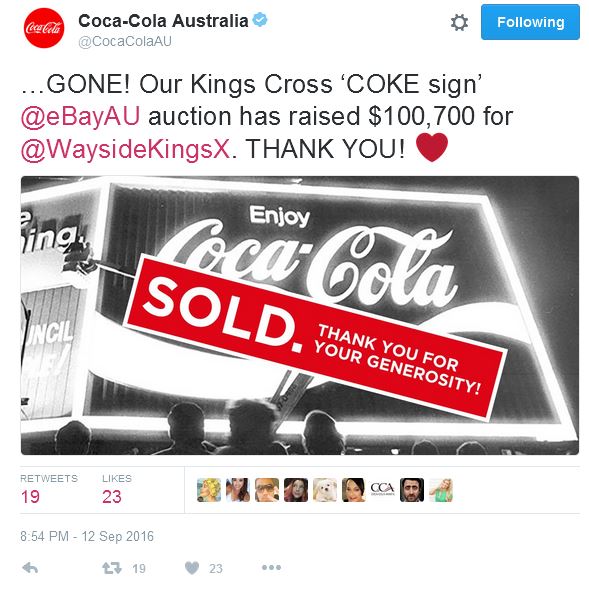 Coke indicated its intentions to sell off the letters from its old sign late last month, with the iconic billboard preparing to get a facelift. The new and improved billboard is set to be revealed tomorrow. While Coke isn't currently giving any clues about what the sign is set to look like, on Twitter the brand said: “Well, it's the Coke sign and there'll be no mistaking it! All will be unveiled very soon.”