Bass hits back in TV imbroglio 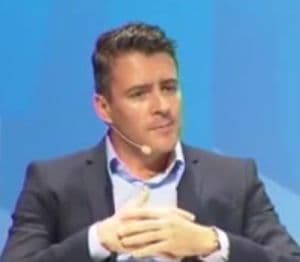 GroupM chief investment officer has hit back at suggestions that the group is seeking to shift more dollars away from TV, saying his comments had been misconstrued by The Australian.

Last week, Bass was quoted in a story for the Financial Review penned by AdNews contributing editor Paul McIntrye [$] as saying that TV was in structural decline.

He labelled the next two years as the years the “model breaks” for free-to-air TV stations.

This morning The Australian published [$] the response by free-to-air TV chiefs, suggesting that they united to take on the comments from Bass.

The story also featured FreeTV chairman and industry heavyweight Harold Mitchell saying he would launch an investigation into the matter.

“We will be conducting an investigation into the comments and what may have been behind them,” Mitchell told AdNews.

“They seem to be ill-informed and have the potential to hurt GroupM clients, so we hope to shed some light on why Mr Bass made those comments because they are wrong.”

Mitchell, when questioned about where the findings of the investigation would end up or what power it would have, was coy.

“FreeTV is looking into the comments, and we are currently looking into where the investigation will go,” Mitchell said.

For his part, Bass said he and GroupM would welcome any investigation into his comments.

“We'll be happy to cooperate with any investigation, in whatever form that may take,” Bass said.

He hit out at The Australian article as characterising his comments, and said suggestions that he thinks TV will go into terminal decline within the next two years are wrong.

“The way the story was written, they construed my comments as saying that TV is an unviable medium. That's simply not true, and that's not what my comments in the Financial Review said.

“I was merely pointing out that TV is under extraordinary structural pressure, and there's no secret there. I wasn't saying that it's an unviable medium at all, in fact, GroupM remains and will remain the biggest buyer of TV in the country.

“We wouldn't be doing that if we didn't believe in the scale of free-to-air TV.”

He said his complaint was that networks had not adjusted pricing for the new reality.

“I was also pointing out that in this environment, there needs to be a price re-adjustment and that needs to be led by networks. There's no doubt audiences are decreasing, and pricing should reflect that.”

He said he was confident that the relationship between GroupM and the TV networks would not be materially affected by the current episode.

“You'll have to ask them whether it's a unified front or they've all just commented individually, but we talk to them all the time so I'm sure we'll get the opportunity to clear up any misunderstandings.”