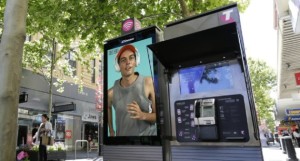 The City of Sydney is challenging outdoor giant JCDecaux's plans to upgrade Telstra's payphone network, with the OOH business looking to install further advertising panels alongside the booths.

The work on the payphone network has been an ongoing issue between the three parties, with JCDecaux wanting to grow its digital advertising footprint through a deal with the telco.

In a statement, the City of Sydney says it will dispute under the Telecommunication Act 1997 the assertion that Telstra and JCDecaux are entitled to make changes.

"We are of the view that equipment being installed is not designed solely for use as a content and carriage service as required," the statement says.

"We are also of the view that the equipment does not comply with the criteria for low-impact facilities under the Telco Act."

The City has sent a formal notice to Telstra, questioning the need for upgraded payphone sites, with "mobile phone use being ubiquitous nowadays".

It is also arguing the installation of public payphone services which have additional infrastructure attached cannot be considered a Low Impact Facility as described under law.

However, Telstra says: "We believe the new payphones are able to be installed in accordance with the Telecommunications (Low Impact Facilities) Determination. In the majority of cases, Telstra is planning to upgrade and relocate existing payphones, not install additional phones."

It also says any use of the screens on the new payphones for commercial advertising is subject to a separate approval process by the City of Sydney in response to a planning development application.

Lord Mayor Clover Moore's next steps will include writing to both the current Federal Minister for Communications Mitch Fifield and Shadow Minister Michelle Rowland, seeking a determination under the Telecommunications Act.

Moore is also entitled to inform the chairman of the Australian Competition and Consumer Commission (ACCC), Rod Sims, of council's concerns.

The City of Sydney believes "any installation of this unwarranted and unapproved infrastructure that contains telephony, data and other communication infrastructure would give Telstra an unfair advantage over its competitors".

Sydney is not alone in its dispute with the outdoor and telco giants.Telstra and JCDecaux are up in other matters with a number of city councils around Australia about the installation of public payphones with significant private advertising billboards and other telecommunications infrastructure.

Last month, The City of Melbourne also reject applications from JCDecaux to upgrade the city's payphone network, with the matter set to go to tribunal.