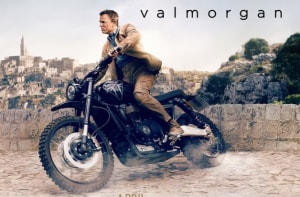 Australians, with the lockdown gates now open, are flocking back to the cinema, keen to get back to the big screen.

While its non-ratings in other media, the cinema is surging. Val Morgan expects to deliver 18.5 million forecast admissions this summer.

Summer is traditionally cinema’s high point with a better than a one-third rise in average weekly admissions in December to January.  83% of moviegoers go at least twice over the summer.

Half of the highest grossing films of all time in Australia were released in November-December.

Q - You must be the busiest person in the Australian media industry at the moment.

“We’ve got big plans in 2022 and are going all-in – Casino Royale style – on attention.

“We’ve recently inked an agreement with Amplified Intelligence to provide a world-first independent and verified cinema attention metrics relative to other AV screens and formats. The results will be out early next year.”

Q - Summer is traditionally the biggest time for cinema. Is the breakout, or relaxing, of COVID restrictions unleashing pent up demand.

“That’s right - summer is traditionally cinema’s time to shine. Historically we see 34% more average weekly admits and nearly 3x the frequency vs the rest of the year.

“Excitingly, we’ve just witnessed November box office numbers matching the same period in 2019 and with the pent-up demand of many films previously held back now unleashed, we’re forecasting this summer will be the biggest yet – with over 10 million admits expected between mid-December to the end of January alone.

“The cinema industry is feeling the momentum swing harder and faster than anticipated as Aussies seek new experiences and renew their desire to get back to the cinema Blockbuster titles are generating larger levels of hype than we’ve ever seen before – one example of which is the new title, Spiderman: No Way Home breaking pre-sales records around the globe.”

Q - The audience is everything for advertisers but do you think attention and retention will be higher after such an absence from the inside of cinemas?

“Prior to the pandemic, Cinema was always the place where audiences saw ads as part of the overall experience and enjoyed bold brand stories.

“From our research, we know that there isn't an Australian that wants to spend more time at home, with media fatigue on many of the established choices.

“With the big screen, surround sound, and immersive experience, we’ve proven that cinema delivers a much more engaged audience than any other screen-based media.

“We think this combination will be as strong as ever as audiences seek out the experience again...which includes ads. With the increasing focus on attention as a standard metric that demonstrates true media value, we’re excited about the future.”

Q - Your content slate looks impressive. What are you personally looking forward to the most?

“On a personal level, Top Gun: Maverick. I was lucky enough to see the first 13 minutes of the movie at the CineEurope Conference in Barcelona a few months ago and it looks absolutely fantastic.

“More broadly though we’re in the best 18 months of content we’ve ever experienced: