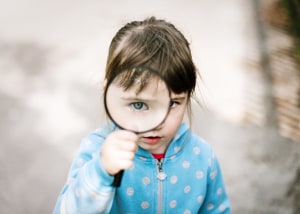 The Australian Association of National Advertisers (AANA) has launched a review of the Children’s Advertising Code.

The review aims to update and where necessary develop the code to ensure that it continues to meet community requirements and expectations of advertising to children (aged 14 and under) on all media platforms.

AANA CEO Julie Flynn said: “Given the rapid changes in the way children consume media it is time to revisit the rules to ensure they remain relevant and reflect community expectations."

The current rules prohibit the use of sexual appeal, the use of images that may frighten or distress children and prohibit the promotion of anything that relates to alcohol.

The rules also require advertisers to be clear and unambiguous in their messaging and require parental or guardian consent prior to collecting or disclosing a child’s personal information.

Complaints about advertising are handled by Ad Standards and are determined by the Ad Standards Community Panel, whose independent members are representative of the community.

However, complaints related to the Children’s Code represent a very small proportion (1.42%) of overall ad complaints.

“The low level of complaints raise issues under the Children’s Advertising Code is a sign that brands advertising to children take the rules seriously,” said Flynn.

​​​​​​​​​​​​​​The Community Panel has only found one advertisement to breach the Children’s Advertising Code, a Coles YouTube advertisement which promoted its stikeez collectibles and found to have breached four sections of the Code in 2020.

Among the multiple complaints for the Coles Ad, one complaint claimed the Coles ad is “using the psychological tricks of gambling against children, using them as agents to advertise to their parents, and to recruit other children into the gambling collectible game.”

Overall, the Panel noted the complainant’s concern that the advertisement is targeted towards children and breaches the Children’s Code.

This review follows a similar action made by Unilever, one of the world's biggest advertisers whose brands include Dove and Streets ice cream, who updated its global principles for responsible marketing to children in April 2022, raising standards for an increasingly digital world, a clear sign that the industry has globally recognised this issue.

The reviewed AANA Code is expected to come into effect in 2023.