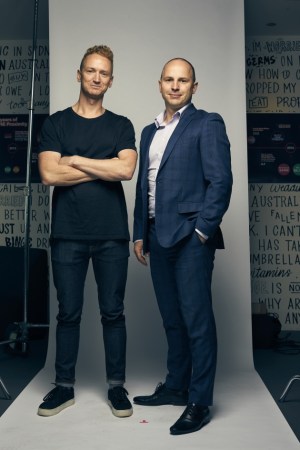 CHE Proximity ECD Ant White has been promoted to chief creative officer at the agency, following a successful 2017 for the business.

White returned to Australia in 2016 to join CHE Proximity after spending several years in New York, working at Droga5, US creative agency StrawberryFrog and as a content lead for marketing consultancy Co:Collective.

During his tenure at CHE Proximity, the agency has risen up the ranks to become one of the most awarded Australia creative agencies, landing the third spot on AdNews Top Agency Rankings for 2017.

White has led the creation of award-winning work, including Cochlear's Hearing Test in Disguise and Virgin's Velocity Billion Points.

Recently, the agency has also landed significant accounts including IAG, which it picked up last year without a pitch.

His role at CHE Proximity marked not only his return to Australia, but also his return to the Clemenger family, working at BBDO between 2005-2012.

It was at Clemenger when White and Howatson first worked together back in 2010 on the Yellow Pages account at Clemenger, launching the ‘Hidden Pizza Restaurant’ campaign.

"Whether it’s managing a project, building an algorithm, coding a transition, decoding a consumer, editing a graphic, crafting a narrative or conceiving a mind jolting idea, all require the perfect balance of creative intelligence," Howatson says.

"In Ant, we have a CCO who embodies the modern creative not only in his understanding of today’s consumer and how they engage with the media landscape, but his approach to inclusion across the agency and creative process. It’s a thrill working together each day."