CHART: Is Australia talking itself down when it comes to ad spend? 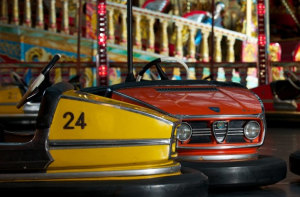 In SMI’s global media agency reporting, Australia was the only one to report lower ad spend compared to the UK, US and New Zealand.

"Concerns about the US-China trade relationship (and how that may affect Chinese trade with Australia), a more uncertain US foreign policy stance and Brexit are just some of the issues cited as reasons to take a more cautious approach to business and therefore the amount being spent on advertising," says Jane Ractliffe, the managing director Australia/NZ at SMI.

Australia, with weak consumer confidence, low wage growth and a federal election, has had 16 months in a row of negative ad spend as measured by media agency numbers.

The latest from SMI (Standard Media Index) shows 2019 ended in the negative, with media agency bookings down 5.3% to $6.8 billion over the 12 months.

But it's a different story offshore.

SMI’s data forJuly-September 2019 shows ad spend from US agencies grew 2.2%. In the UK, growth was 4.8% despite the chaos of Brexit.

In New Zealand, the market market jumped 7.9% although that was mostly due to the Rugby World Cup and local elections.

But Australia’s advertising market fell 4.7%, as this chart shows:

"Yes, there were some local issues at play (domestic bank ad spend fell from the 2018 highs seen during the Financial Services Royal Commission) but even so we saw large declines in advertising from the key Home Furnishing/Appliances, Gambling and Food/Produce/Dairy categories," she says.

"The same trends are also true over the first nine months of the 2019 year, with SMI data showing the value of Australia’s total advertising market back 6.4% while during the same period UK ad spend lifted 4.7%.

"Given these comparisons, it’s clear the Australian market continues to talk itself down as issues of global concern are simply not having the same effect in other sophisticated media markets."