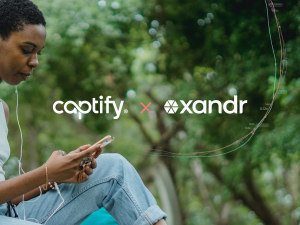 Xandr Curate launched earlier in the year as a means to offer data-layered curated deals across premium multi-seller inventory in Xandr’s marketplace.

This new partnership with Captify will allow programmatic buyers to activate Captify’s audiences - built by billions of real-time searches from global publisher and ecommerce sites - across curated multi-seller video private marketplaces (PMPs) in one of the largest omnichannel, global exchanges.

"Our partnership with Xandr will support growth in the Australian market and provide a unique solution for brands that have had to compromise data for inventory, or the other way around," Captify general manager of Australia, Krish Raja says.

"Now, in a single, dynamic PMP programmatic buyers can seamlessly activate intent-rich audiences in premium supply at scale. Brands can unlock critical search-powered insights that move the strategic needle without the need for cookies."

The platform allows customers like Captify to create deals that combine their proprietary data with every type of inventory format from sellers on the Xandr Monetize supply-side platform (SSP).

The exchange-level deal IDs are tradeable through any demand-side platform (DSP) on the market.

“Publishers, retailers and data providers often have valuable data assets they are not monetising effectively due to the lack of existing sales channels that offer the commercial control they want, with the programmatic tradability buyers demand," Xandr senior account director Erica Blakslee says.

"Xandr Curate solves this by making it easy to package and price proprietary assets against Xandr’s global supply footprint into an exchange-level deal ID that’s tradeable through any DSP in the market.”