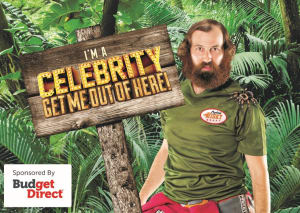 Budget Direct's new campaign ambassador Captain Risky is taking daredevil to a whole different level, as he's set to appear Network Ten's I'm a Celebrity... Get Me Out of Here.

The cross over is a bid by Budget Direct to leverage its sponsorship of the show. As part of the tie-up Captain Risky will face the same challenges that the celebrities will, but the network promises he will be doing it in “his own trademark way.”

“I’m A Celebrity...Get Me Out Of Here offers advertisers deep in-show integration, the like of which we have not seen elsewhere,” Barrett said.

“Dropping Captain Risky into the South African jungle is testament to this and the result is set to be great family fun viewing.”

The content from the show will appear on Channel Ten and will be amplified through the network's digital channels.

Budget Direct director of marketing and digital Jonathan Kerr said the brand has worked with the team at Ten to create a “truly integrated platform”.

“Working with Ten’s Generate team and ITV Studios Australia has enabled us to align the strategy of the Captain Risky campaign with I'm A Celebrity...Get Me Out Of Here,” Kerr said.

“He’s fast becoming a celebrity in his own right and Ten’s multiple communication platform allows us to drive the engagement with the Captain Risky character and Budget Direct’s proposition and offers to the next level.”