Cannes 2022 - The Neuroscience of Apple’s winners 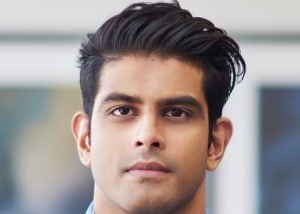 Apple had another successful outing at Cannes this year picking up multiple Lions across Film, Film Craft, Entertainment and Media categories. Two of its short form films, Detectives and Fumble are particularly noteworthy, because both the brand and product are woven seamlessly into the narrative.

Neuro-Insight measured brain activity to see how over 100 typical viewers respond to the ad. The specific technology used by Neuro-Insight is founded in work originally developed for academic and neuroscience research and has been used to analyse the effectiveness of Cannes award winners for over eight years.

The technology allows us to simultaneously record viewer’s second-by-second changes in approach (like)/withdraw (dislike), emotional intensity, engagement and memory, whilst watching advertisements. Of these measures, Neuro-Insight predominantly focuses on Long-term Memory Encoding, given its strong and highly researched link to consumer behaviour. This measure reveals, second-by-second, what the brain is storing (or encoding) into conscious and subconscious long-term memory.

Apple’s aptly named Detectives spot plays on the police detective trope, with protagonist and background character waiting patiently during a stakeout. It is the early moments where the background character experiences an existential crisis about being out of focus while his foreground, in-focus partner, assures him that it is because the camera only focuses on the ‘most important character’.  As the narrative plays out, the viewer is brought on a journey that plays on dramatic pauses and a big reveal, both of which are aimed to elicit a strong response in viewers.

To precisely identify the size and shape of this response we focussed on our Memory Encoding & Engagement measures to highlight the moments that strongly resonated with viewers. Memory Encoding is a strong predictor of future behaviour, contributes to creation and updating of memory structures, and is a prerequisite for mental availability. In contrast, Engagement refers to personal relevance – the more relevant something is to you, the higher the levels of engagement you will experience.

Below is the times series analysis for Apple’s Detective spot.  The red trace reflects memory encoding from the left hemisphere, which is primarily responsible for the encoding of the detail in experiences, such as text, dialogue or micro features.  In contrast, the right hemisphere, reflected by the blue line, is concerned with the storing of global features, such as soundtracks, scenery, and facial expressions, as well as the emotional underpinnings of a particular experience.

We can see that the peaks of Memory Encoding & Engagement are aligned with pivotal moments in the narrative, from the early existential crisis to the threat of the big reveal, to final moments to when the background character briefly comes into focus. Whilst the actor’s performance, framing and screenplay each play a significant role in the strong response we see, the fact that this scene is reminiscent of many popular police procedural dramas also influences why many of these scenes were so strongly encoded and highly engaging.

Importantly, the product reveal section of the ad is also strongly encoded. Given the ubiquitous nature of the iPhone, the three camera eyes are easily recognisable and serve as another moment of branding before the Apple logo appears on screen.

While the pacing and tone of Detectives was slow and dramatic, Apple’s Fumble spot was its antithesis. Featuring a woman who is frantically trying to catch her iPhone as it fumbles from her grasp, the narrative is carried by exaggerated movements and slow motion via the rhythmic sounds of Nitin Sawhney.

Despite differences in executive when compared to Detectives, the broad shape of the memory encoding response to Fumble is similar. In particular, the ad starts strongly, with the initial fumble and soundtrack both contributing to early peak responses. This is followed by another peak in response, during the moment where we think the iPhone has been saved, only for it to be lost again. These strong responses contribute heavily to the peak responses that we observe when the main message is delivered and are sustained through to final branding.

Perhaps, the most unique feature of this spot was its ability to also connect with the viewer emotionally.

You’ve probably heard that phrase “Great ad….but who was it for?” and may have even experienced it before. You see, our brain is constantly breaking up our daily experiences into smaller chunks, which form the basis for what is stored and remembered. In terms of advertising, the gaps in memory often occur as the doorway to memory is temporarily shut during final branding, a process known as Conceptual Closure. This phenomenon is highlighted in the recently published analysis of Samsung’s award-winning Spider and the Window spot.

However, in the case of both Apple ads we see the opposite – strong levels of memory encoding during the reveal, and importantly at final branding. Given the strong memory encoding response that we observe during the narratives of both ads, the resulting memory structures will be strongly linked to the Apple brand and further furnish the Apple’s ‘brand room’.

The “brand room” is a helpful analogy for the neural networks that we create in response to brand messaging. Consider Apple as a “room” in the brain, which begins life bare and unacknowledged. Over time, and through repeated interactions with the brand, the room becomes furnished with opinions, colour, and memories of the brand and its associations.

Putting it all together

Apple has been consistently active during the pandemic with various campaigns that either spoke to the quality of video on the iPhone (Shot on iPhone series) or highlighted other iPhone features.  These two ads which were part of those campaigns were highly effective from a neuroscience standpoint and undoubtedly contributed to Apple’s bottom line. In particular, Apple increased its hold on premium phone sales from 57% in Q1 2021 to 62% in Q1 of 2022. Given how well Apple campaigns have performed over the past year and consistently being in front of potential new customers, it comes as no surprise that the brand continues to grow at the expense of competitors.