Can video stop publishing from falling off a cliff? 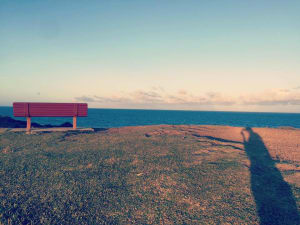 Seven's digital boss, Clive Dickens, believes that video is set to be the saviour of the digital publishing industry, with media companies who focus on video content about to experience the best of times, however those who don't are in for a rough ride.

Speaking with AdNews around the challenges facing publishers and media companies, he says the issues causing the media landscape to grapple with what to do next doesn't centre around the rise of the likes of Facebook or Google, rather it's the change in consumer behaviour brought about by mobile.

Dickens also believes video is vital for the industry and organisations that don't pivot towards creating video content and generating revenue from the offering are in trouble.

“The companies that I feel for are those who can’t get their act together to tell compelling video stories,” he says. “They're the ones who are still believing the consumers will commit more time to the written word. They won’t. They're going to commit more time to video.

“You have to tell your story in video if you want to get your story across. If you don’t have a material digital video business then you’re going to have a very challenging digital future.”

Dickens says the consumer shift towards mobile has also fuelled the rise of the attention economy and to win consumers attention, it's about being able to tell compelling stories on screens, whether that's a TV or on other devices.

“Really simply put if your DNA is around telling video stories, whether you put that on the TV or a mobile screen it doesn't matter this is the golden age of television, the golden age of video,” Dickens says.

“If you create value out of content that is predominantly non video it could be the worst of times, of course I’d say that. If you look at Facebook its mobile growth is mainly about video, Snapchat - video, YouTube - video, Instagram is now about video - everything growing is driven by video,” he added.

Media Watch recently did a deep dive into the future of publishing which didn't paint a positive picture, with the program highlighting the digital ad model that most digital publishers are currently banking on is in chaos due to the rise of social giants - that are providing scale and targeting at an unprecedented price for advertisers. Former Sydney Morning Herald editor Eric Beecher told the show that digital news sites are “heading towards the cliff”, adding the cliff is coming in the next few years.

While Dickens does believe in the power of video for halting some declines, where he does agree with Media Watch is on the shrinking CPMs making it difficult for publishers to thrive in the online world, also saying that in his opinion online ads are becoming less effective.

“The digital advertising that supported [online print journalism] the yields are not there, it’s arguably becoming less effective - people are either technically blocking it or mentally blocking it.

“We increasingly focus less on how many page views on an online article gets and more on what percentage of your digital revenue is derived from video and it should be heading towards the majority. If it isn’t, then you’re in trouble.”