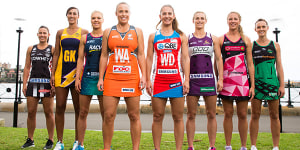 Nine and Suncorp Super Netball will return for its third season this year, with the network looking to build on the double-digit it growth it achieved in 2018.

The grand final broadcast reached 1.070 million viewers nationally on Nine as the Lightning edged out the Fever 62-59 to retain the title they won in 2017.

This year, Netball fans can follow the game and watch four live games a week with coverage starting from 3.00pm on Saturdays and 1.00pm on Sundays on Nine, 9Now and Telstra TV, a decision Nine made last year to further promote the game.

Adding to the coverage, following her appearance on The Block, former Australian netball vice-captain, Bianca Chatfield, will be joining Nine’s commentary team along with Collingwood netball and AFLW star Sharni Layton.

Nielsen reports that the rapid growth in the number of women's professional leagues and teams represents both opportunities and challenges for netball.

However, it says the increase in leagues and teams means SSN must compete harder for sponsors off the field and for athletes on the field.

"The overarching challenge for netball will be to continue to reach and engage new audiences to grow beyond the existing netball fan base," Nielsen Sports director Steve Whately says.

"The Netball World Cup this year is another opportunity to shine the light on netball, the growth of the local league and the quality of the talent from across the world playing on our shores. The sport’s stakeholders will be expecting another year of rising audiences and attendance."

According to Nielsen, over one-in-five Australian adults (21%) are fans or consumers of Netball. The table below highlights that compared to the other major women's codes, SSN fans are far more engaged, particularly when it comes to watching games on TV and attending games. These metrics are "crucial for driving direct and indirect revenue for a sport".