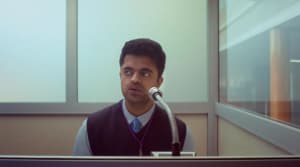 An ad from Mondelez promoting its Cadbury Picnic bars has been banned by the Advertising Standards Bureau (ASB) for its representation of ethnic stereotypes.

The ‘Obey your Mouth’ television spot opens on a man reading out flight departure details into a microphone. The man’s lips then start moving erratically as he begins to speak faster, announcing that all flights are leaving right now. The man then takes a bite out of bar of a picnic bar and his voice returns to normal speed.

A complaint submitted to the ASB said the advertisement exploits the “often used caricature of the ethnic stereotype; the stereotypical Indian accent with the cliché Indian caricature demeanour.”

The complainant was concerned that in the rare occasion Indian’s are being represented on commercial Australian television, they are being portrayed in a “stereotypical and offensive manner”.

One complaint said: “One member of my family actually asked 'why do Australians always make fun of our accents if we're ever seen on TV'

"When attending speech therapy I came across people with severe facial grimaces just like in the Cadbury advertisement.

Advertisements like this can undo all the good that has been done, because stutterers can mimic and remind themselves of bad occurrences."

Mondelez defended the ad, telling the board it aimed to “bring to life in a joyful and light-hearted way the concept of our mouth craving things at a certain time” and is not to insult in any way.

“It is part of a series of similar advertisements where every day Australians have their mouths ‘taken over’ by a craving for our products.

“The TVC is simply reflective of the diversity of Australia’s population and given the humorous tone of the advertisement, does not portray or depict material in a way which discriminates against or vilifies a person or section of the community on account of race or ethnicity.”

The ASB upheld the complaints, ruling the depiction of the announcer as an Indian man with a strong accent highlights his inability to be understood.

"It is presenting him in a negative way and does perpetuate a stereotype that would generally be considered to be a negative stereotype of a person from a particular racial background,” the ABS said.

Mondelez responded saying it was disappointed but will not return the ad to TV.

Picnic was one of the first brands to jump on Tinder last year, encouraging users to swipe right and appreciate it may be ugly, but it's what's on the inside that counts.