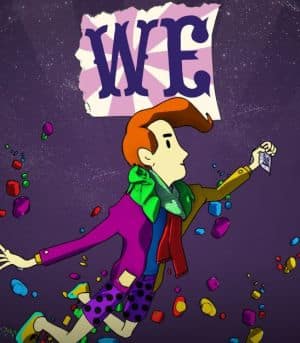 The brand that bought you Joyville and a flavour matching social vending machine has now created the first crowd-coloured short film.

What is a crowd-coloured short film you may ask? Digital agency SapientNitro along with Cadbury asked Australians to colour individual scenes for a short film and then stitched them all together, to get people thinking about the 'we' rather than the 'me'.

The result is 1500 individual scenes that have been coloured and transformed into a psychedelic two minute film.

Chris Shoolman, associate creative director at SapientNitro, said: “What better way to create something memorable than by inviting the public to come together and play a leading role in creating a film? The Australian Crowd-Coloured Short Film is testament to what can be achieved when technology and story meet.”

The film, which launches nationally this week on YouTube and Facebook, showcases the submissions, and those that took part are named in the credits.

This digitally lead campaign aims to connect with Cadbury’s active social audience in a meaningful way, to create opportunities that drive sharing. At the same time, building new brand associations beyond traditional channels in the minds of consumers.

Paul Chatfield, associate director marketing chocolate said the brand is “delighted” with the final film and how this co-created content came together.