Business as usual for Masters' agencies 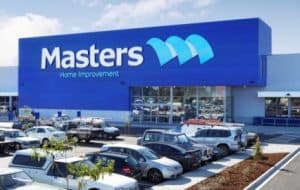 It's business as usual for Masters' media agency Match, despite news the hardware store's parent company, Woolworths, is looking to cut the cord with the troubled brand as soon as it can.

News that Woolies wanted to sell or wind up Masters hit the ASX Monday morning, with the final decision to ditch the brand apparently only made on Sunday night. Calls were made to its agency partners minutes after the ASX statement went live.

Match Media won the $20 million Home Improvement account for Woolworths in September 2014, tying up the last loose end of a drawn out pitch process that ended with Carat retaining most of Woolworths' $200m-plus account.

Match was tasked with helping to turn around the fortunes of the struggling home improvements business. The agency, led by John Preston, provided all strategy, planning and media buying services for Masters.

Speaking to AdNews, Preston, says: “The news is very fresh, but for Match Media it is at the moment, business as usual.”

Preston also says no agency jobs will be on the line following the news.

It's thought it could take months to sell, or, if no buyers are wooed by the offer - or the sales pitch from Woolworths' chairman Gordon Cairns, who admitted “it will take many years for Masters to become profitable”, then the business will be wound up.

Cummins&Partners handles the creative for the Masters and the Home Timber and Hardware account, with Masters being the second large win for the agency's Sydney shop. At the time of publishing, Cummins&Partners couldn't be reached for comment.

A spokesperson for Masters told AdNews it's too early at this stage to determine how the agencies working on the Masters account will be affected in the long-term.

However, some concerns have been raised – with Masters out of the way, there is now little competition in the home and hardware space, paving the way for Bunnings to completely take over the sector.

Sentiment overall however seems to point towards the fact that it was a smart move for Woolies to ditch Masters, now giving the retail giant the chance to focus its efforts on its main business.

Vice president senior analyst at Moody's, Ian Chitterer, says the lack of clarity around the planned exit of Woolworths from the home improvement segment, means the credit rating implications remain unclear at this time.

"Woolworths' prospective sale or exit from its home improvement business would be credit-positive in the longer term as it would decrease its exposure to the loss-making Masters stores and reduce the need for future capital commitments to that business, thereby allowing capital to be diverted elsewhere in the group," Chitterer says.

"An exit from the home improvement business would also reduce the number of operating challenges facing Woolworths and would allow the group's management to focus on strengthening the performance of its core Australian food and liquor division," adds Chitterer.

He says completion of the transaction will take at least two months, after which Woolworths intends to start a potential sale or exit from the entire home improvement business.