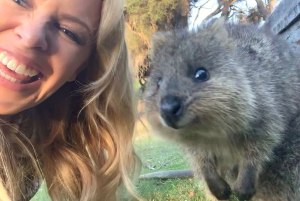 Tourism Australia has slowed its advertising campaign in the UK following the bushfires in Australia.

“The number one priority right now continues to be the emergency response to these devastating bushfires and the safety of communities and tourists in affected areas,"  says a Tourism Australia spokesperson.

Australian pop icon Kylie Minogue headed a song of "mateship" to millions of British people on Christmas Day as the nation tuned in to listen to the Queen's speech.

“In light of the current situation in Australia, we have reduced some of our campaign activity in the UK. We will continue to review our planned activity over the coming weeks and months," says the spokesperson.

“As the Australian government agency responsible for attracting tourists to our country, Tourism Australia will have an important role to play in highlighting that Australia will continue to be a world-leading and safe tourism destination, whether in unaffected regions or those that will recover from these bushfires in the months and years to come.”