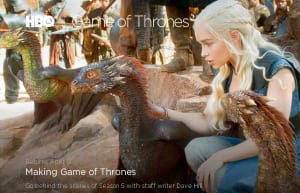 Qantas has linked up with HBO to supply its customers with 120 hours of programming from the American network which has delivered cult shows such as True Detective, Game of Thrones and The Sopranos.

Beginning this July, the airline will offer the content for customers flying across the Qantas network. Each month the channel will be updated with 20 hours of the US network’s latest shows and movies.

The Australian Financial Review (AFR) has launched a redesigned and optimised app for iPad, with additional daily and weekly content.

The commercial radio industry has recorded growth in metropolitan advertising revenue of 5.06% for the financial year ending June, reaching a total of $732 433 million, according to figures from Deloitte and Commercial Radio Australia (CRA).