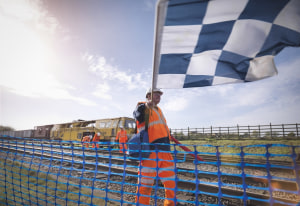 The federal government's economic stimulus in its COVID-19 economic antidote budget is generally good for the advertising and media industry.

Tax cuts will, hopefully, flow through the economy, stimulating demand and leading to ad spend as brands seek their share of consumer dollars.

Willie Pang, CEO of MediaCom, says the government’s willingness to make a long-term investment in reenergising businesses, large and small, is welcomed.

“In addition, measures to reduce income tax at almost every bracket will hopeful see Australian retailers’ benefit,” he says.

“The shift away from bricks and mortar ‘only’ business to a stronger blend of digital experiences will continue to accelerate given the ongoing uncertainty but we’re optimistic that advertising spend will grow.”

Phil McDonald, partner and managing director of the BCM Group, says the budget continues the Morrison government’s quick and aggressive stimulation of the economy.

“Tax cuts for Australian families and the instant asset write offs for businesses will definitely stimulate the economy in the right areas,” says McDonald.

“There are also some interesting changes to how the ATO targets overseas companies paying their fair share of tax in Australia, this has to be a good thing as well."

Ben Willee, general manager and media director at Spinach, says the budget is an extraordinary response to the pandemic.

This type of budget is one we are only likely to see once in a lifetime, he says.

“The government is betting on tax cuts being spent (and not saved) and incentives to get people back to work (especially young people),” says Willee.

“There is still a lot of uncertainty and we won’t really know until we had some time and clear air to see the results.

Industry analyst Steve Allen, of Fusion Strategy, says most of the focus of the budget is on immediately boosting the economy, a positive for the media industry.

“Putting to one side any second wave COVID-19 occurrence (in states/markets other than Victoria), this certainly is not a poor budget for the marketing Industry, and thus for the media industry," he says.

“FMCG and retail in general are the biggest beneficiaries. However we will not return to 2019 conditions nor turnover.

“We are presently slowly recovering, and this slowness in recovery in our industry will continue.”

However, part of the three decade economic success of Australia’s economy was due population growth, due to migration.

And this will no longer be the case, says Allen. Plus foreign student intake has dried up for the foreseeable future.

“Then we have travel, both domestic and more importantly (for the health of the economy) overseas travel, with plenty of headwinds that this budget does not, and most often cannot, fix," he says.

“This is a budget based on tactics rather than strategy. Thus really short term, that perhaps justifiable given the present domestic situation.

“A significant stimulus is for most businesses to be able invest and gain access to tax incentives via asset write-offs, with the government’s hope that this will expand the productive capacity of the economy (a fair bet).”

Pia Coyle, Ikon’s national head of investment, says there are no surprises that the budget is delivering a hefty stimulus for an economy that needs to be kick started post-COVID.

"General sentiment from commentators and consumers is that it’s the budget we need to have, and there is an air of positivity," she says.

"The reality is that this budget will likely just put the brakes on a sliding economic environment, not bounce us wholeheartedly into growth. But if it does that, it’s doing its job.

"The budget is focussing on supporting business, which means our clients will benefit. It’s good news for advertisers if consumers have growing confidence, and early signs indicate this budget is helping drive that, and ultimately a spike in demand will lead to increased ad spend."

Anthony Ellis, MD of Publicis Media Exchange: “As expected the continued aggressive support of the economy through the budget is not only a positive but a necessity given the current challenges we face. This injection of investment and tax concessions will drive higher consumer consumption and more investment into business which should ultimately result in a positive outlook for the Australian advertising market in 2021.”

Justine Butler, media director, Media Merchants: "The release of the Federal Government Budget, in addition to the Reserve Bank holding interest rates, will offer our retail base of clients a sense of optimism moving into this vital Christmas and peak retail period over November and December. Tax cuts being backdated will hopefully stimulate spending that had been facing a more reserved approach prior to the announcement. As an agency, we believe it offers confidence to our clients in investing in strong campaigns over the period, as expecting money to walk in their door without a strong presence in market will be a risk, as consumers still remain cautious."