Twitter is benefiting from the rise in TV consumption as it sees brands use its platform to connect with TV audiences.

The company’s global advertising revenue increased by 87% year-on-year in the 2021 second quarter while its average monetisable daily active users reached 206 million, up 11% year-over-year.

“We’ve seen a surge in new brands coming to Twitter to test the platform for the first time,” Keene tells AdNews.

“We're also seeing our existing partners doing more with us, particularly around launching and also connecting with what's happening. What we think is driving that is both the improvement in our product but also a shift from some traditional platforms towards digital and so they're wanting to test new platforms like Twitter.”

Media and entertainment brands, such as streaming platform Paramount+, have been one of the key categories testing Twitter in recent months.

Keene adds that he’s seen a trend where advertisers tap into Twitter to reach TV audiences who are often also scrolling their social media feeds while watching TV. According to research from Twitter, 44% of people around the world say their use of Twitter while watching TV has increased.

“The more video viewing habits evolve, the more people tune into their Twitter timelines,” he says.

“We know that Twitter is the second screen for TV conversation and there are three interesting trends that we've seen recently. Firstly, more and more brands are partnering with us to reach passionate audiences engaging around those tentpole TV moments, such as The Bachelor and The Block finale or the AFL Grand Final.” 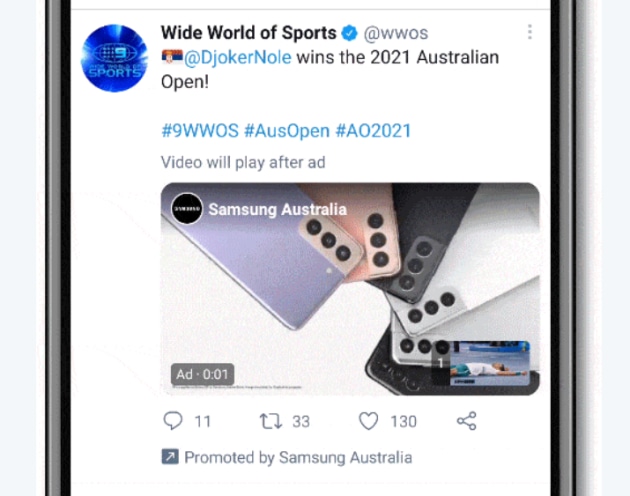 Twitter is also seeing more brands use its platform to reach incremental audiences and audiences who are watching ad-free platforms such as Netflix and Binge.

“We know passionate TV audiences are coming to Twitter to talk about a whole range of shows, including those that are being watched on streaming services like Netflix, Binge, and Paramount+, but we also know that they're ad-free platforms,” Keene says.

“Because we can target those conversations, Twitter gives brands an avenue to reach these audiences in new ways.

“We're working really closely with both brands directly, as well as media agencies to educate them on the value of combining Twitter with TV.”