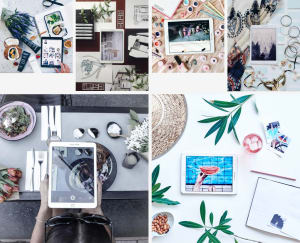 It’s been nearly a year since Visual Amplifiers, also known as Vamp, officially launched as a digital influencer marketing startup.

Since its launch Vamp has secured 700 influencers, backing by the chairman of Leo Burnett Todd Sampson, and has worked with brands including Samsung, Schweppes and Uniqlo.

Vamp co-founder Aaron Brooks tells AdNews Todd Sampson is the “ultimate influencer” in the advertising industry. He said  the announcement that Sampson had joined Vamp’s board as a non-executive director attracted interest from investors ahead of the company's preparation to list on the Australian Stock Exchange in mid-May.

Earlier this year former George Patterson Y&R general manager Amy Luca joined the team as marketing director. She tells AdNews while she chose to move away from the agency model, Vamp is still very much “pro-agency”, however in her experience agencies don't have the same opportunity for diversity.

“When we do a campaign we are leveraging the minds of 30 people to create, but a creative agency is limited to the number of people that they have working on however many briefs,” Luca says.

Brooks, a former account director at Oracle, says agencies are often only given an eight hour window to create, whereas Vamp's influencers are given long tail time frames.

Luca explains it's not something agencies should be threatened by, but something they should leverage, which is why Vamp offers a full-service model to both brands and agencies.

“Brands don’t trust themselves, which is why we opted away from the self-service model where brands choose their influencers. It causes too much stress for brands that doesn't understand the metrics,” she says.

“That's also why a lot of our clients are agencies; because pairing with the right influencers can be seen as a huge burden and it's a lot of work for agencies that don't have the time.”

With Vamp's commitment to its full-service model offering, Brooks believes they stand strong in the market with “no direct competitors”.

He explains while the company has technology at its core, it offers the agency model over the top to help educate brands.

Vamp also values the education and authenticity of its influencers, which is why it brought on talent manager Monique Llewellyn.

“Influencers are the new generation of advertising. They are savvy marketers and they should be treated that way,” Brooks says.