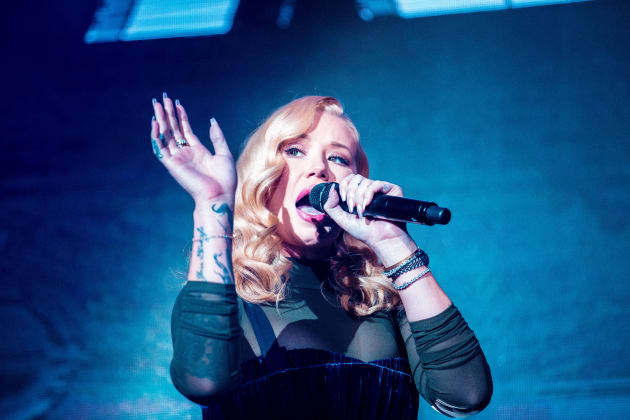 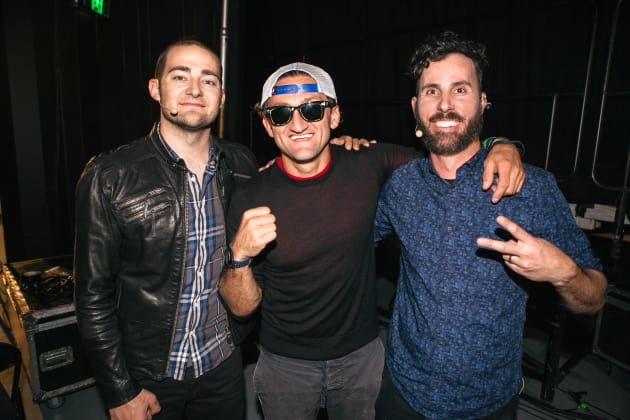 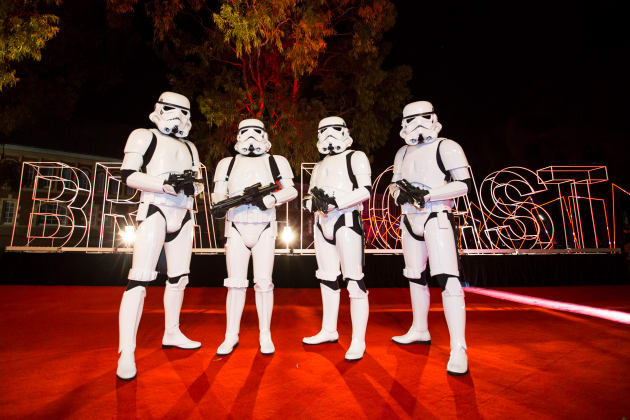 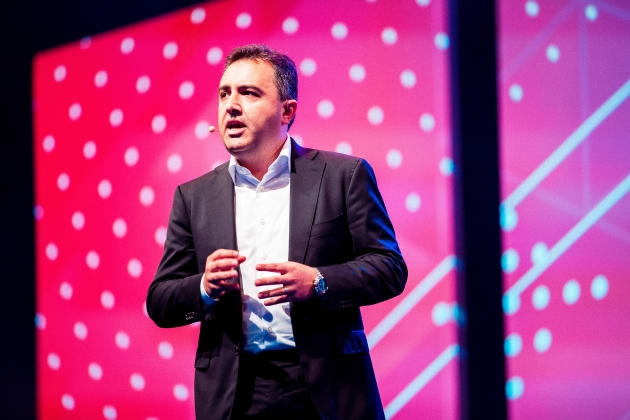 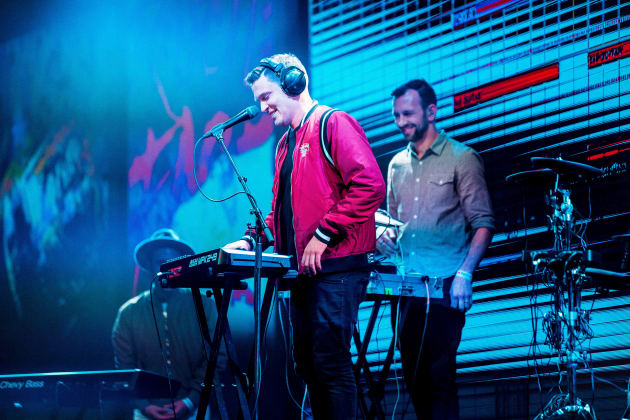 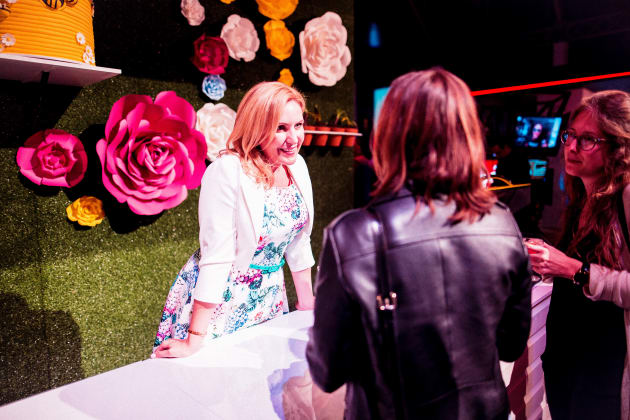 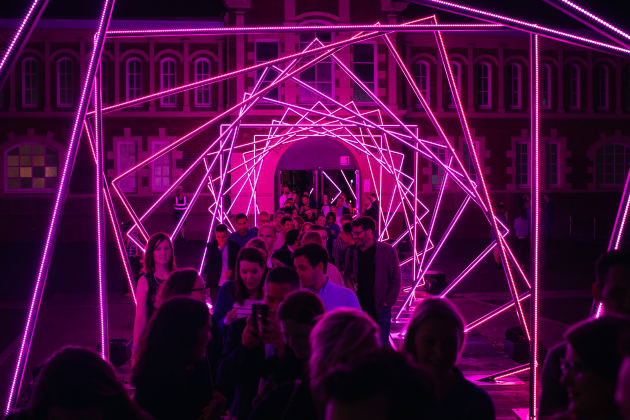 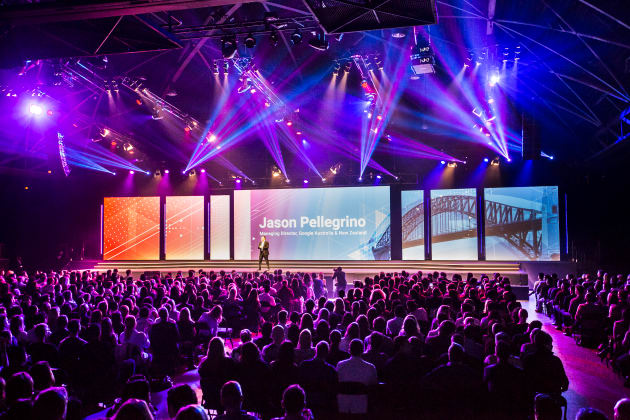 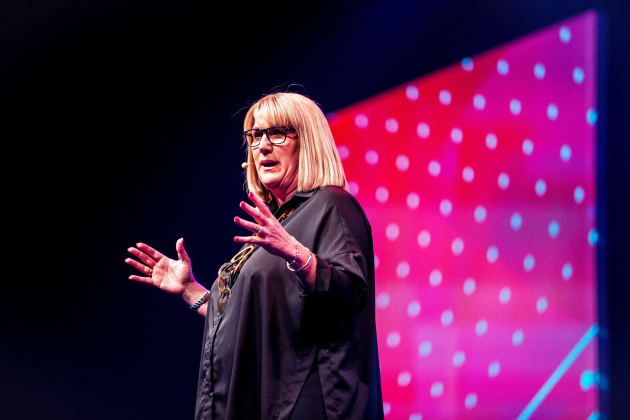 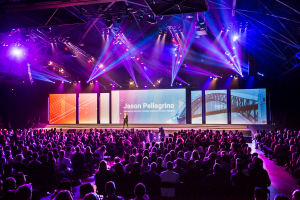 YouTube's Brandcast has set a marker that Google's online video network is serious competition to free-to-air television in an event that focused heavily on showcasing effectiveness and the network's ability to capture the attention of audiences.

A handful of industry leaders told AdNews post-event it was hard not to be impressed by an inspiring line up of YouTube stars that was capped off by a sensational performance by Australian rap star Iggy Azalea (check out the photo gallery below).

At the event, Google Australian and New Zealand managing director Jason Pellegrino focused on how YouTube content is becoming more influential and how the platform can deliver for brands.

As watchtime increased by 40% year-on-year in Australia, Pellegrino said 72% of people aged 18-54 now watch YouTube content at least once a week. This is broken down into 73% of light TV viewers, 81% of high income earners and 73% of main grocery buyers, according to Nielsen data.

“YouTube is home to the audiences your brands are looking to meet and you can’t reach them on TV alone. For brands reach and frequency are always the starting point of campaign planning, but attention has to be the goal. The ability to generate attention is what makes YouTube as a platform invaluable,” he said.

Google director of CPG, automotive and technology Bart Jenniches also added that success on YouTube is about making content that is unskippable.

"YouTube is built to help your brand earn and keep attention. The more attention you earn, the more unskippable you become, the greater the business results,” he said.

To showcase the power of YouTube, there were presentations from some of Australia's top marketers, including Telstra CMO Joe Pollard, Disney managing director Kylie Watson-Wheeler and AFL's GM of game and market development Simon Lethlean and innovation lead Kylie Robertson.

Tourism Australia CMO Lisa Ronson tells AdNews the event combined a “diverse mix of brands sharing their results and experiences” with “solid learnings from creators on what not to do and how brands can best develop and optimise their content”.

“It’s a very high engagement platform with mass reach, the stats are obviously impressive and they were well presented by Jason and the other presenters,” Ronson adds.

“Like TV, consumers seek out YouTube for a very broad range of motivations – entertainment, learning, inspiration and the brands that are getting it right are getting some fantastic results. I do, however, think they presented themselves as a channel to reach audiences outside TV and Snapchat. The event last night made for some great thought starters.”

Carat Sydney managing director Dan Sinfield says if Google was attempting to demonstrate to agencies and clients that YouTube is a serious contender for video advertising and content investment by putting on an impressive and incredibly slick show, last night’s Brandcast delivered in spades.

“The blend of YouTube talent, advertiser endorsement of the platform and internationally recognised musicians made for a show that any attendee could not help but be impressed with,” Sinfield says.

“The final message and challenge was to take a blank piece of paper to your planning rather than tweaking last year’s plan, which is language most people relate too, and the event did more than enough to encourage people at the very least ask a few questions.”

He added the few free-to-air and subscription TV executives in the room will have been reminded that YouTube is serious competition for advertiser investment that they would have once thought of as theirs, and Google certainly has pockets deep enough to put on a very impressive event “to rival any upfront”.

IPG Mediabrands Australia CEO Danny Bass says the combination of YouTube stars with blue chip client presentations is a powerful mix that illustrates the effectiveness of the channel and YouTube's place in the media landscape.

“It was an impressive show and it certainly demonstrates the reach. I found comments from some of the presenters around effectiveness versus traditional TV were interesting," he says.

“If you think about a TV upfront, it's very much around the product that is coming up in the next 12 months, whereas the Brandcast message is about what is happening right now and the connection

Bass was also impressed by some of the numbers presented on YouTube stars, including several with multi-million subscribers in Australia.

The new media company claims the average viewability of its video ads is 93%, based on Google's own data, and campaigns that combine TV and YouTube is more effective than running a campaign twice on TV.

A Google-commissioned Marketing Mix Modelling study carried out by MarketShare found that advertisers can grow sales more efficiently by increasing YouTube investment in their media plans. This ranged in revenue increases of 3% to 36%.

Some of the key numbers given on stage were: