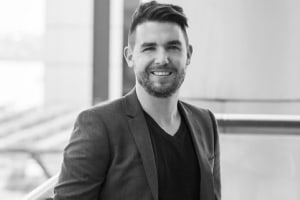 This series of articles shines a light on toxic masculinity and encourages Australians to support themselves and their mates. Featuring industry leaders sharing personal experiences with the tagline -- When the going gets tough, get talking.

Next up is Greg Wood, Head of Engage, ANZ, at Outbrain:

When was the last time you cried?

I cried at the beginning of the month. It would have been my mother’s 70th birthday and I lost her when I was at a formative time in my life.

The happy and sad memories from when I was a kid, when she was still alive, flooded in. Looking at old pictures made me feel a mixture of emotions. It felt both happy and sad to see her living in those moments.

Tell us about your experience of traditional masculine stereotypes growing up.

Growing up playing a lot of different sports, I was exposed to a number of your ‘traditional’ stereotypes of masculinity.

It could be a coach yelling at you and creating the illusion that unless you performed at a certain level, you were somehow inferior. Or it could be an older teammate bullying a younger teammate for no reason other than their own satisfaction.

Another example is that girls are often seen as emotional or overly sensitive. The word 'emotional' was, and unfortunately still is, sometimes used to describe them in a semi-derogatory way, and that’s not okay.

What would you tell your 15-year-old self about opening up and showing your emotions?

It is okay to ask for help when you need it. It is okay to have a bad day. It's okay to show your emotions in a world that says you shouldn't. It shows that you care, and by caring, you are showing strength.

What do you want for the next generation?

To keep moving the needle by being inclusive and empathetic to others.

What do we, as a society, need to do to challenge views that men should always put on a brave front?

To continue to promote the positivity and importance of vulnerability. Opening up the door to others is how we come to know each other and understand each other better.

It is important to be vulnerable, it’s through this process that many show bravery.