Big tech is going after sports rights in the US. Will we be next? 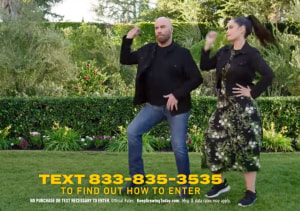 Amazon has made a play for NFL rights adding to its growing collection of international sports. Could Aussie codes be next in the tech giant’s sights and are fans going to make the jump from free-to-air to watch? Ben Willee explores the question.

There are two inarguable facts in this world:
1. Skyfall is the best James Bond film to date and;
2. Aussies love watching sport on TV.

We’re a bona fide nation of sports fans and getting our daily or weekly dose is arguably the backbone of Australia’s TV landscape with sporting matches making up for seven in 10 of the most viewed programs on local TV in 2020.

In the past, broadcasters have struggled to recoup the cost of sports rights with ad sales. However, that didn’t seem to matter since, as their own biggest clients, they use sporting events to promote other shows. Case in point, the Australian

Open is a surefire way to launch a new year of programming as we emerge from the summer holidays and return to the loungeroom.

The funny thing about sports rights is they are complicated and simple. Complicated because they are full of detailed clauses, but simple because, like a home auction, the more bidders the higher the price.

And if deals being done in other markets are any indication – Amazon has recently done a deal with the NFL to secure exclusive rights to Thursday night football – Australian sports rights could be on the verge of a tech upheaval.

With more money than God, Amazon has no issue matching or beating the exorbitant prices Australian broadcasters already pay. And it’s safe to say the other tech players are watching closely.

But are Aussie sports fans about to fork out to see their favourite sports if they move away from free-to-air?

According to research by Gemba, 72 per cent of consumers have reached the limit on sport and entertainment platforms with one in five keen to reduce this spend in the next three months.

Premier League in 2015. The inclusion of the sport on the streaming service helped drive an increase in the audience with the platform saying it had 868,000 active subscribers as of November 2020. Meanwhile, Foxtel’s Kayo had 600,000 subscribers in September 2020.

I’d willingly wager that big tech is coming sooner rather than later. And while reports that anti-siphoning laws will continue to ensure Aussies get to see big sports games for free, sports broadcasting is already evolving.

This was evident in November when Nine announced it had acquired the rights for Grand Slam tennis tournaments Wimbledon and the French Open and had signed an in-principle commercial agreement with Rugby Australia. Rather than simply broadcast this content on Nine, the business is launching an offshoot of its successful streaming service Stan. And Nine is negotiating for additional sports rights suggesting this is just the beginning for Stan Sport.

The full promise of Stan Sport is yet to be realised but it’s just the tip of the changing sports landscape iceberg. The real test will come when current broadcast agreements expire. Like the NRL, for example, which, currently held by Nine, is up for renewal in 2022.

Watch this space because just like James Bond, there will be some surprises along the way.

Ben Willee is the general manager and media director of full-service agency Spinach.