Big Picture: What’s it really like on the other side? 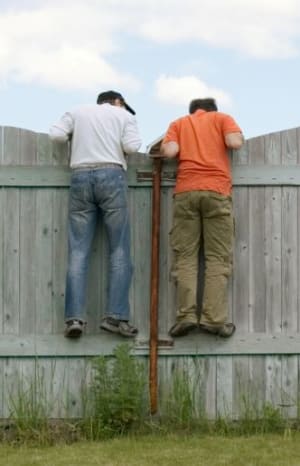 In the 4 September issue of AdNews Magazine editor Rosie Baker got the lowdown on client vs agency side.You can read it all below. But if you want it as soon as it goes to press, you better subscribe here.

It's a common enough move to go from agency to client, or even the other way around. There’s countless examples of people doing it both directions but what is life really like on the other side of the fence?

Joe Pollard, group MD of media and marketing at Telstra ran Publicis Mojo prior to taking on the role.

Tony Phillips, former Woolworths and Coles top marketer was agency side at George Patterson and Grey before becoming a client.

On the flipside, Carat’s chief strategy officer Gavin Ashcroft is about to take on the top marketing role at Disney, and Mark McCraith has gone from agency to client and back again between GroupM shop Maxus and Fiat Chrysler over the past three years, and now sits as CEO of Maxus Australia after an 18-month stint as director of marketing at the client.

Most agree that having experience on the other side of the fence makes you better equipped in whichever role you’re doing. But there’s something very different about the reality and the perception of it. What are the things no one ever tells you about before you get there?

As a client, it’s not all advertising; there’s still a client

One of the biggest realisations moving from agency side to client side is how little of a marketing director’s time is actually spent on advertising or media.

Michael McKeown, head of international brands at CUB and former Clemenger BBDO Melbourne exec, loved working in advertising, but couldn’t say no to an opportunity working with his former client CUB, but says the reality was very different to what he expected.

“In advertising, I thought I controlled a lot of levers, but going client side you control much more.

What I thought it would be like client side was pretty far off. You always think you’re going to make the most amazing client but the reality belts you in the face. I was quite overwhelmed with just how much work was beyond advertising,” he confesses.

“When I was in the agency, I didn’t believe my client when they said only 10-20% of what they did was advertising. Coming from agency gives you a great perspective, I really value it, but you should be aware of what you’re moving into. It’s a big change, a huge one, but it’s great. What I get from client side is more rewarding.” Jeff Wong, client lead at Mindshare, spent 15 years at video games firm Activision Blizzard as marketing director before joining the agency. He says the missing link in the way agencies operate is that they forget their client, the marketing director, has to sell the pitch back to the business and the broader business doesn’t care about the minutiae of TARPS and media metrics – they are about selling more product.

Tim Skellern, MD at Mindshare Melbourne and former Heinz CMO, agrees that just because as the marketer you’re the agency’s client, it doesn’t mean the decision stops there. Marketers have more clients and stakeholders across the broader business.

“In account service, you have to do stakeholder management, you present a piece of work to one client, they choose an idea. But when you’re the marketer, you have to influence non-marketing stakeholders to get it across the line, get buy-in from all different areas and take on their feedback. You’re spending the company’s money and you have to be respectful of that,” he says.

New business and pitching is the agency’s life-blood

Clients often underestimate how core to agency life new business and pitching are. What life is like on the other side can be surprising for former clients. Skellern says: “Our whole business model is about people, and it might be a naive observation, but I hadn’t realised just how important new business is. The only way an agency grows is through new business.”

Wong adds, having seen the agency side, he’d urge clients to be more respectful of the pitching process and the effort that goes into it, and also the importance of feedback after a pitch.

“A lot of heart and soul goes into it and to not give the agency feedback is soul-destroying,” he says.

Clients are more accountable to the numbers

Wivell, who has placed numerous execs on both sides of the fence, says the big difference that can be hardest to get used to on client side is the commercial lens.

“There’s a big thing about control and ownership. In an agency, you don’t own the budget. We hear that from former agency execs all the time that they never understood how big a difference that was going to be," she says.

After being the client, McCraith believes he knows how to speak to clients more effectively, and it revolves around hard business.

“I’m now talking to clients the way I wanted to be spoken to – let’s talk real business measures. When you go client side, you become a better business person, you have to liaise with other business divisions, not just marketing," he says. "The key thing you learn is that what agencies think you need is not what you need. There are peripheral things that the agency thinks are important. I know what’s working but the agency might fumble around what they think is working. As a client, you’ve always got to sell stuff.

If you don’t you die. Every month there are sales stats and every month it goes back to zero and you start again. You can’t run away and hide from them – you own those numbers."

For Skellern, it was an eye-opener to see where there are gaps in agency knowledge, which as a client he wasn’t aware of.

“What did surprise me, was that the agency doesn’t have the big picture about the other 90% of what the marketer is doing – sometimes because the client doesn’t think to share it. I’ve been on a bit of a crusade to get greater exposure to the broader conversations marketers are having. If you understand a company’s purpose it’s easier to do a better job of the media element we’re charged with,” he says.

However, that focus on the detail of media rather than the big picture might make it tougher to move into a client side role than someone with an agency background might think.

“I wish I’d known more about media when I was a marketer, but where I think someone from agency would become unstuck at least in FMCG land, would be the commercial side of things, the nuts and bolts of running a P&L – it’s phenomenally more complex than the environment of media,” Skellern says.

Telstra’s Andy Bateman agrees. He moved to Telstra two years ago after decades in agency roles.

“The biggest shock for me was the depth to which you are expected to understand the business. The level of intimacy but also the ability to pull back to 50,000 feet and think about five years’ time. An agency can’t have that level of intimacy and one

of the frustrations is never being able to go deep enough. It cuts both ways. If clients don’t treat agencies as real partners, they can’t expect them to have that level of understanding,” he says.

“For 20-something years, my opinion was based on agency perspective. At an agency, you’re hired help, you don’t own the problem in its entirety so the level of responsibility that comes with that is different. There’s no walking away from it as a client.”