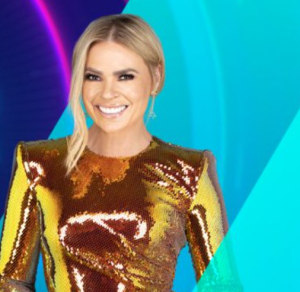 Seven’s revival of reality show Big Brother has given the network the most viewed entertainment show for Monday night.

The launch episode aired at 7.30 last night and attracted a peak audience of 930,000 metro viewers. An additional 368,000 regional viewers tuned in for a national audience of 1.298 million.

"Big Brother, and our whole content led growth strategy, is about attracting those 25-54s which are key for our partners," he says.

"Last night, that’s exactly what Big Brother did, as the #1 show for 25-54s as well as being the #1 non-news show for all viewers. On top of that, it was also the #1 show in the younger demographic of P16-39 as well as other key advertising demos.

"It was also the most-watched live entertainment program on BVOD ever. Big Brother is just getting started and we look forward to continuing to engage viewers as the show progresses.”

The return of Big Brother gives Seven its biggest launch episode since 2018, a much needed ratings boost for the network which experienced weaker than expected ratings for the year across shows such as My Kitchen Rules and House Rules, which wrapped up on Sunday night.

Seven has also been impacted by the pause of the AFL season, which restarts this week, and the suspension of the Tokyo Olympics.

The new Big Brother season, which has been pre-recorded this year, overcame early hiccups in production as filming was halted by the pandemic lockdowns in March.