Ben Fordham, Kyle and Jackie O win at the ACRAs 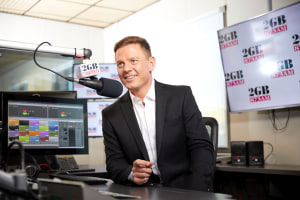 The winners for this year’s awards have been announced virtually after being cancelled due to COVID-19.

While Fordham has secured his sixth win in the category, it’s the first time he has won Best Talk Presenter since moving into the breakfast slot, having previously won for his work in drive.

The new pairing of 3AW Breakfast with Ross Stevenson and Russel Howcroft has been named Best On-Air Team in the Metro AM category. Howcroft started his radio career when he joined Stevenson in August last year.

“Congratulations to the winners who have displayed enormous dedication to their listeners and continue to drive live broadcasting to new levels,” says Joan Warner, Commercial Radio Australia CEO.

“All the radio teams across metro and regional Australia should be very proud of the way they served their communities through the challenges of the past two years.”