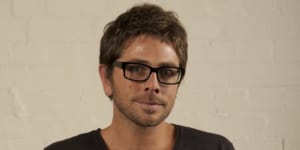 Chief creative officer Ben Coulson will exit Y&R after six years at the agency. He is to be replaced by Y&R New Zealand CEO Josh Moore at the end of the year.

In his time at Y&R Coulson won a flood of awards across the industry. Prior to his promotion as regional COO he led GPY&R Melbourne for four years.

Moore is renowned for his award-winning work on the McWhopper campaign. He took over the helm of the media and creative agency Y&R NZ in 2011 and will continue his role as CEO as well as absorbing Coulson's position.

Y&R CCO Tony Granger says: "Moore has tremendous creative courage. It goes without saying that he is wildly imaginative, but he is also extraordinarily smart about what will make consumers pay attention and what will motivate them to take action. That’s what makes him so effective and extraordinary.”

Granger thanked Coulson for his work within the agency, citing "other interests" as his reason for exiting the agency.

Moore says: “I have a personal mantra that I have been leading Y&R New Zealand with — Don’t Die Wondering. It’s emblazoned in neon across the agency’s reception area. This kind of thinking drives brave people to create brave work and attract brave clients. Creating experiences that engage people with brands is the job of advertising agencies. How we achieve this evolves every day, there is no formula. I am looking forward to working with my colleagues in Australia and the great clients that we have across the region.”

His departure follows the promotion of Brisbane group managing director Phil McDonald to the role of group CEO for the entire region at the beginning of this year.