Behind digital out of home's rapid and relentless rise 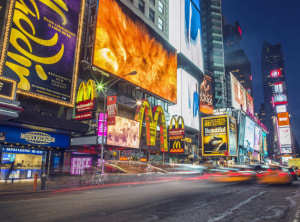 This first appeared in the May issue of AdNews Magazine.

In its dogged quest to bring the medium into the digital age, the out of home industry is focusing on audience measurement and independent campaign delivery reporting for digital screens. AdNews explores how a new measurement system should evolve.

One of advertising’s oldest mediums, out of home (OOH), has been modernising at breakneck speed over the past few years.

When you drive on any city motorway, visit an airport, or catch public transport, chances are you’ll notice plenty of bright, luminescent digital screens at key intersections along your journey, and they’re sprouting up everywhere.

Moving to digital has unlocked new opportunities for advertisers, but it also presents the OOH industry with a fresh set of challenges.

Charmaine Moldrich, CEO of Outdoor Media Association (OMA) and MOVE, said the next stage has to be “to prove the power and efficacy of that digital network to the people who buy it”.

“There is an arms race on for technology and data that vendors use to provide a reasonable outcome to media agencies and the client," Val Morgan chief executive Dan Hill said.

“There’s no doubt the outdoor industry, including ourselves, is behind [other media categories]. The industry as a whole needs some sort of metric that everyone agrees on and we need to better understand what agencies want.”

The transition from classic print billboards to digital screens has been rapid and relentless, driving high levels of growth to outdoor vendors.

In the past five years, the share of digital OOH revenue across OMA members, which account for most of the major vendors, has risen from 11.3% ($61.92 million) to 47.4% ($373.4 million) in 2017. This has helped the outdoor media sector grow net media revenue by 6% to $837.1 million, at a time when most traditional media channels are either struggling or in decline.

Get it in AdNews in-print first 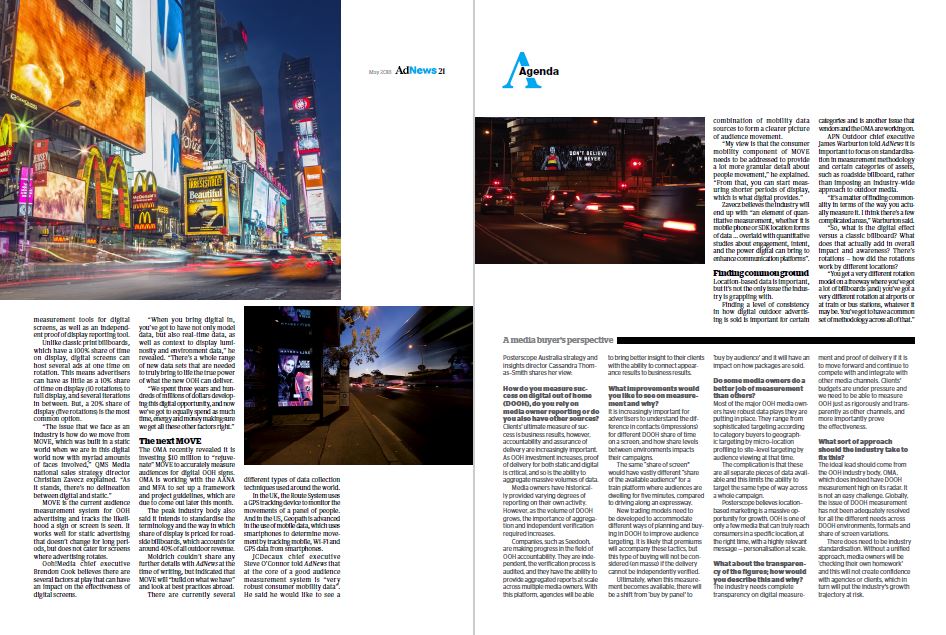 The proliferation of digital screens has allowed the OOH industry to increase its audience by 23% over the past seven years, well above Australia’s population growth of 15%, reaching a critical mass that allows digital networks to be truly mass reach advertising platforms.

Moldrich said the industry has primarily focused on building its digital outdoor network as well as working with governments on digital advertising regulations.

“We’ve been working with road authorities to get them to a point where they understand that the digital network isn’t a risk to road users,” she explained. “The reason why Australia is a little behind other big Western nations who have had a digital network up for quite a while, is because we’ve had to deal with government regulation. And Australia has some of the strictest road safety standards in the world.”

An example Moldrich gave was the NSW Government only releas- ing its electronic sign guidelines this year, indicating an industry that is in its infancy when it comes to digital screens and how they fit into society.

Last year, an AdNews report revealed market concerns about a lack of sophisticated audience measurement tools for digital screens, as well as an independent proof of display reporting tool.

“The issue that we face as an industry is how do we move from MOVE, which was built in a static world when we are in this digital world now with myriad amounts of faces involved,” QMS Media national sales strategy director Christian Zavecz explained. “As it stands, there’s no delineation between digital and static.”

MOVE is the current audience measurement system for OOH advertising and tracks the likelihood a sign or screen is seen. It works well for static advertising that doesn’t change for long periods, but does not cater for screens where advertising rotates.

Ooh!Media chief executive Brendon Cook believes there are several factors at play that can have an impact on the effectiveness of digital screens.

“When you bring digital in, you’ve got to have not only model data, but also real–time data, as well as context to display luminosity and environment data,” he revealed. “There’s a whole range of new data sets that are needed to truly bring to life the true power of what the new OOH can deliver.

“We spent three years and hundreds of millions of dollars developing this digital opportunity, and now we’ve got to equally spend as much time, energy and money making surewe get all these other factors right.”

The OMA recently revealed it isinvesting $10 million to “rejuvenate” MOVE to accurately measure audiences for digital OOH signs. OMA is working with the AANA and MFA to set up a framework and project guidelines, which aredue to come out later this month.

The peak industry body also said it intends to standardise the terminology and the way in which share of display is priced for roadside billboards, which accounts for around 40% of all outdoor revenue. 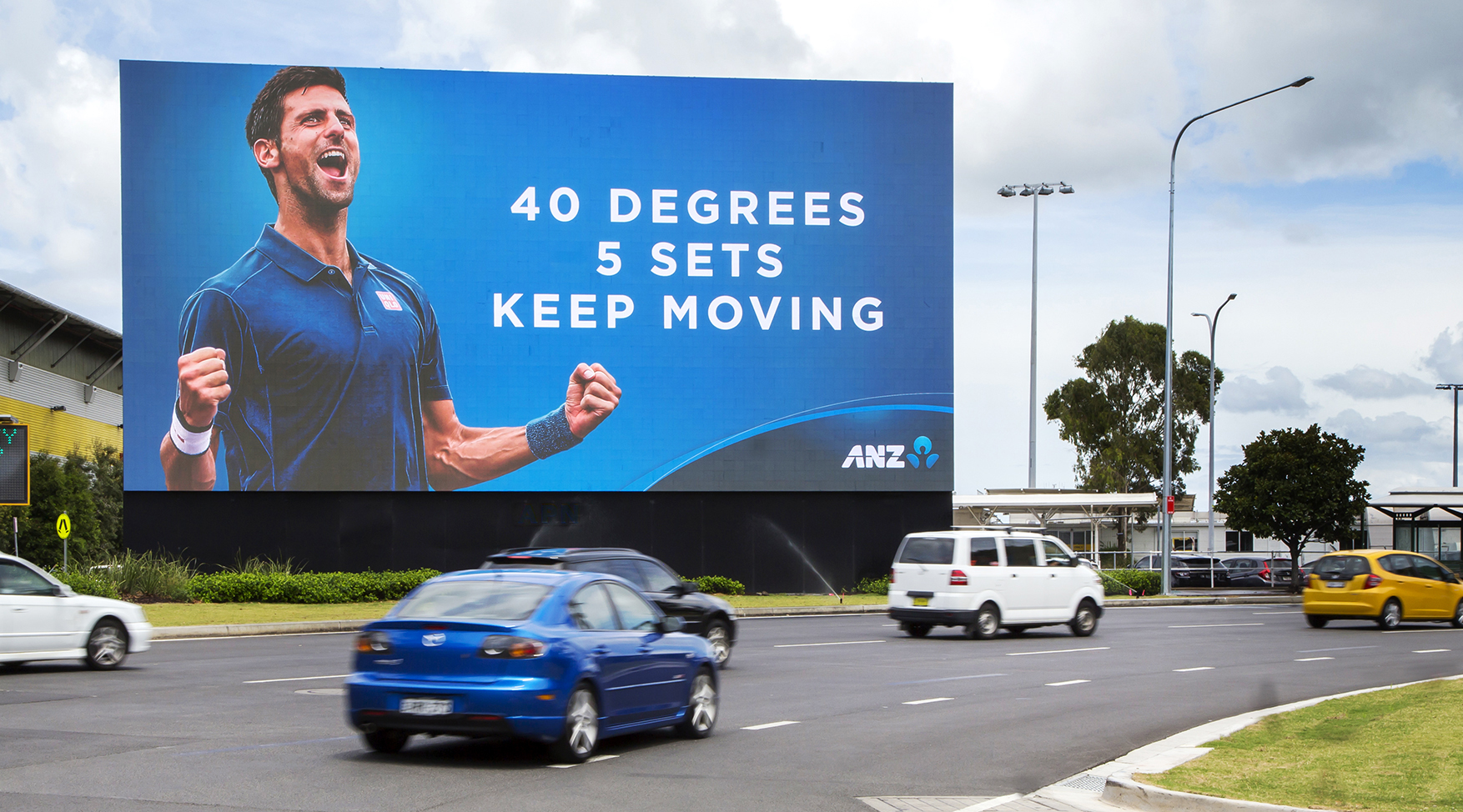 Moldrich couldn’t share any further details with AdNews at the time of writing, but indicated that MOVE will “build on what we have” and look at best practices abroad.

There are currently several different types of data collection techniques used around the world.

In the UK, the Route System uses a GPS tracking device to monitor the movements of a panel of people. And in the US, Geopath is advanced in the use of mobile data, which uses smartphones to determine movement by tracking mobile, Wi–Fi and GPS data from smartphones.

JCDecaux chief executive Steve O’Connor told AdNews that at the core of a good audience measurement system is “very robust consumer mobility data”. He said he would like to see a combination of mobility datasources to form a clearer picture of audience movement.

“My view is that the consumer mobility component of MOVE needs to be addressed to provide a lot more granular detail about people movement,” he explained.

“From that, you can start measuring shorter periods of display, which is what digital provides.”

Zavecz believes the industry will end up with “an element of quantitative measurement, whether it is mobile phone or SDK location forms of data ... overlaid with quantitative studies about engagement, intent, and the power digital can bring to enhance communication platforms”.

Location–based data is important, but it’s not the only issue the industry is grappling with.

Finding a level of consistency in how digital outdoor advertising is sold is important for certain categories and is another issue that vendors and the OMA are working on.

APN Outdoor chief executive James Warburton told AdNews it is important to focus on standardisation in measurement methodology and certain categories of assets, such as roadside billboard, rather than imposing an industry–wide approach to outdoor media.

“It’s a matter of finding commonality in terms of the way you actually measure it. I think there’s a few complicated areas,” Warburton said.

“So, what is the digital effect versus a classic billboard? What does that actually add in overall impact and awareness? There’s rotations — how did the rotations work by different locations?

Warburton believes the goal and objective is to give them much deeper, transactional data and segmentation laid against all of the sites, “so it gives them a much more complex data set versus just saying, ‘here are the MOVE numbers or here’s the reach and frequency’”.

Zavecz agreed that getting the industry to work on a harmonised approach would not work because vendors that specialise in large format assets have different measurement requirements to smaller format vendors. 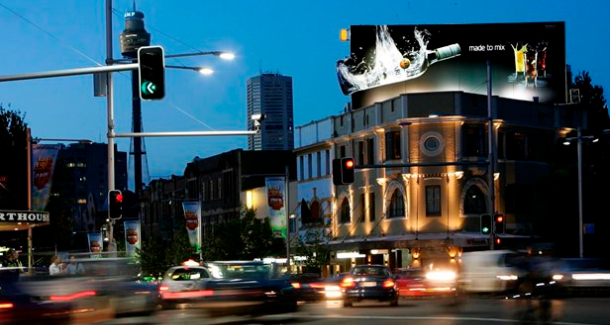 “All the vendors are building the tools that complement their asset base. It’s how we all bring that together as an industry,” Zavecz said. Another important development for the outdoor industry is solid progress towards embracing independent proof of placement. This provides a level of transparency and comfort to advertisers and media agencies that the share of display they booked has been fulfilled.

Most of the major outdoor vendors have committed to using campaign delivery reporting platform Seedooh. It’s an independent OOH ad tech platform that aggregates classic and digital screen data with campaign booking information to allow advertisers and media buyers to monitor campaign delivery, providing confidence on the buying side.

“In a digital sense, Seedooh reports what message appeared on what digital sign, when and where,” founder and CEO of Seedooh Tom Richter said.

The platform gathers data directly at the source from the different vendors rather than being provided data through spreadsheets, which is an important layer of independence.

The service launched with Ooh!Media last July and has gained the support of the majority of the sector. In March, it formed a partnership with Integral Ad Science to provide enhanced campaign delivery validation on digital signs.

Independent campaign delivery validation is the first step in what promises to be a groundbreaking year for the outdoor industry as it takes steps to bring its audience measurement capability in line with a rapidly growing digital media footprint.