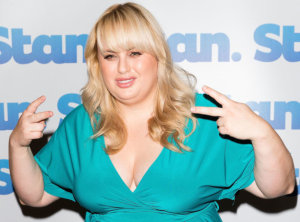 Rebel Wilson used to be a Stan ambassador

Bauer Media General Counsel Adrian Goss says: "It's important for us to revisit this unprecedented decision on the quantum of damages, which also has broad implications for the media industry."

The jury ruled in Wilson's favour in June, agreeing the articles unfairly painted her as a serial liar who had faked her way to a Hollywood career.