Bauer magazines in NZ to restart 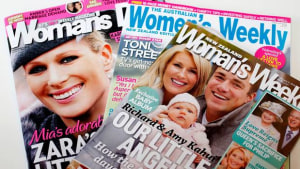 Bauer Media, now owned by Mercury Capital, is to resume publishing some of its titles in New Zealand mothballed in April during a severe lockdown in response the cornavirus crisis.

Staff numbers will reportedly be cut to 40 from 300.

CEO Brendon Hill says the easing of COVID-19 restrictions and a more promising advertising market has allowed operations to restart.

“The return of our New Zealand operation is a green shoot during a challenging time and hopefully a sign of more positive news to come in the local media industry," he says.

"As conditions improve, we hope to continue to expand our NZ operations."

The New Zealand business will be headed up by Stuart Dick as general manager and Sarah Henry, editorial director.

North and South magazine has been sold by Mercury to independent publishers Konstantin Richter and Verena Friederikeand. Metro has gone to Simon Chesterman.

Bauer was sold to Mercury capital last month. Commercial terms were not been released.

The German family company Bauer paid $525 million in 2012 for what was then ACP. Some reports but the latest sale price as low as $50 million.