Back to the Future: Post-apocalyptic adland 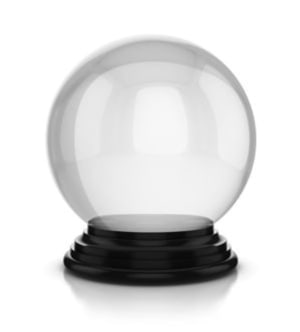 Back in 2005, for The Annual, AdNews asked industry figures to predict what the state of play would be in a decade. That's now. We decided to revisit those predictions and see who was right – and who was wrong. Over the next few days we'll be revealing who had an accurate crystal ball a decade ago – and who was frankly full of shit.

We revisit the wildly imaginative and ever-so-slightly facetious visions of the future from Archibald/Williams founder Bram Williams, then director of strategy at Euro RSCG Worldwide, and Behaviour Change Partners founder Paul Fishlock, then chairman and executive creative director of The Campaign Palace. Full copies of the predictions are at the bottom of the article.

First up, Williams, who foresaw an apocalyptic adland future in which technology had destroyed real social interaction, civil war had broken out and advertisers “selling superflous crap” suddenly had to lean on strategists and “truth telling” to cut through.

“We strategy planners stood by, quietly surveying the scene,” Bram said in 2005.

“We had obviously predicted this eventuality for some time. For years we'd been banging on and on about the need to cut through all the transient trends and hoopla to really connect with people.”

What does Williams say now?

“I may have been channelling a little too much of Doomsday Preppers in my original prediction - the irony of course being that show didn’t even exist in 2004 - but I have to say I’m pretty chuffed with how close to the mark I was with some of it: particularly the socially dislocating by-products of social media and the various hangover effects of rampant credit-fuelled consumerism,” Williams said.

“Civil war hasn’t broken out (though I think I predicted that longer working hours and obesity might prevent that – people being literally 'too busy and too fat to fight') – but we certainly live in increasingly unhealthy and uncertain times.”

Next, Fishlock gave us a glimpse into what he thought a day in the life of 2015 would look like, from the view of 2005. Marketers are younger (average age 19) and tenure is shorter (11 weeks max), lunches are prolific, albeit shorter (bah humbug) and televisions fit in our pockets.

There is even a reality television show based on advertising – as if anyone would ever want to watch a show about advertising.

But what does Fishlock think about now?

“In terms of 2005 predictions, saleable data coming out of every orifice, lunches getting shorter, pitch lists longer, scam ad cheats and reality TV out of control are all ticks. The Qantas choir didn’t endure, there’s been no cure for baldness and I clearly wasn’t nearly as witty as I thought I was a decade ago.”

But enough about the past – we're here to make bold predictions about the next decade. Williams sees a huge change in the way we work, live and play and says the challenge for marketing is clear.

“Over the next 10 years the pressures of modern life will continue to mount – and the structures that supported people through previous crises, both local and global, will continue to fall away,” Williams said. “This last 70 years may be repositioned for what it actually is – a mere blip in the grand course of history. The potential for such dramatic change, for good and bad, has never been greater. The question is, can marketing continue to sell dreams to people confronted by such stark reality?”

Fishlock's views for 2025 are a focus on sciences: with data growing in influence and behavioural economics becoming mandatory in every agency.

“I also predict that compelling evidence will emerge to cause the pendulum to swing at least part of the way back towards mass media campaigns targeting non- and light-users,” Fishlock said.

“You simply can’t grow a brand preaching only to those who already love you. Independent agencies will be in the ascendency, multinationals will be on their last legs and creative awards will long since have been outed as the sad and irrelevant folly they always have been. That last one is probably more wish than prediction.”

To read the full predictions made in 2005 click the image below: