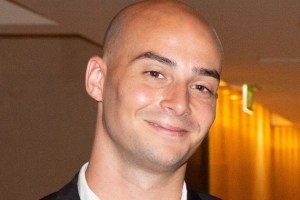 Reporting to Pitcher, Madeline Spicer joins as a campaign and strategy manager. Spicer will work on client campaigns as well as the development of strategies supporting the new business team. She joins from GroupM agency Xaxis, where she was a senior client success executive.

“These hires are a reflection of the significant growth we’ve been able to achieve in the last 12 months. We’ve taken remarkable strides in both extensively growing our media network and expanding the advertising partners we work with. A huge congratulations to the entire team and we are so excited to welcome such exceptional talent into the business,” Spano says .

“We have a couple of major announcements we are planning in the next quarter that will further enhance our offering which will drive further growth and expansion. We believe these hires hold us in good stead to take the next steps in our company's journey,” Spano says.
.
Earlier in the month Avid announced the launch of its new native content targeting solution, Avid Data, and last month it launched AVA.

Launched as a niche media brand in 2017, Avid Collective has grown significantly in its four years of operation. Originally called Where To Media, the group rebranded to Avid Collective last year as part of its launch as a broader digital media network. In addition, Jason Scott (former CEO of Allure Media) and Peter Wiltshire (former chief revenue officer of Nine) joined Avid’s advisory board.