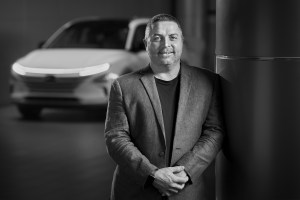 Automotive industry veteran Kevin Goult has joined Hyundai as its director of marketing.

Goult joins the Korean car company after 30 years working with premium car brands such as Jaguar Land Rover and Audi.

Stepping into the top marketing role for Australia’s third largest car brand by volume amid a global pandemic has been no easy feat, however Goult has been proactive in his first two months.

In his first interview since stepping into the role in February, he told AdNews his approach during COVID-19 for the brand hasn’t been to stay quiet.

“We are working on a campaign which talks about how the Hyundai dealer network is open for business,” he says.

“To do that successfully, the thing I wanted to do was make sure that we were sympathetic to our environment and that we looked after the people that were doing it perhaps tougher than normal.”

This includes helping healthcare workers with things like half-price servicing. 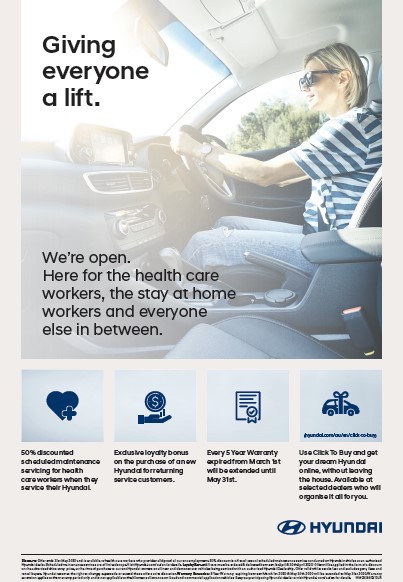 Goult says he wanted to do more than just promote empty claims like “we’re here to help”.

“We need to offer more than just help. We need to show some substance behind that help and I think that's what people will be looking for.”

It is consistent messaging through marketing that he believes will be the saviour for the automotive brands in a post-pandemic world.

The industry, which has slowly been experiencing an overall year-on-year decline in sales, has been turned on its head with lockdowns and social distancing.

However, Goult believes the disruption has forced the industry to speed up its digital transformation to brace itself for what the future of auto should look like.

“It's that future being pulled forward,” he says.

“We are seeing people walk into showrooms. The showroom traffic is still there. I think what's more important is we need to use more modern technology to promote our vehicles.”

From virtual test drives to dealers demonstrating a vehicle to clients through video conference calls, Goult says the industry has been forced to move towards a more modern way of working and will ensure it continues to thrive.

Goult joined Hyundai after spending his career working at the premium end of the market, and while the volume of sales has been a stark difference, he says offering a premium customer experience won’t be compromised on.

“That's still a lot of money, no matter what scale you're at. It's important for that consumer. We need to treat them in that special way.

“It should be less about the number and more about the experience that that consumer actually has in a showroom. That expectation of customer service is high, regardless of where you purchase a product.”

Outside of the COVID-19 crisis, he has plans to “energise” the Hyundai brand and tell the story of its growing environmentally-friendly range - something that influenced his decision to join the company.

As a marketer with a background in engineering, Goult says the brand’s innovation in the electric vehicle space piqued his interest.

“It was one of the reasons I wanted to be with the company, to be honest,” he says.

“We've got two electric vehicles, the Kona and the Ioniq. It feels like we haven't talked enough about that.”

The brand also has a hydrogen fuel cell which is the first hydrogen car to be certified in Australia. Another story which Goult hopes to tell in his new role.

It is innovation like this that has kept him in the automotive industry all of these years.

“But for me, what's really exciting is I've been through the evolution of auto, [from] petrol, diesel, electric cars, autonomous driving. It's all [happened in the] evolution of my career. I've seen quite a lot of change.”