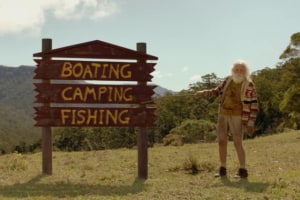 Australian outdoor retail giant BCF has come under fire from consumers for replacing the word ‘fun’ with ‘gun’ in its jingle.

The BCF spot, by Clemenger Melbourne, was one of the most complained ad in 2018 and has come under scrutiny again while airing during the cricket on Channel Seven.

Viewers called out the spot on social media with some criticising BCF for supporting gun laws and others questioning if the retailer is starting to sell guns.

Seven West Media confirmed it had received complaints from viewers about the ad which first aired on screen in mid-December.

The ad watchdog has received numbers of complaints about the replacing word "gun" instead of "fun" in the new jingle since it was released in mid-October 2018. However, it ultimately dismissed the complaints in November 2018.

Gun Control Australia President Samantha Lee said the new BCF ad is “normalising gun usage by presenting it as a fun family activity" and called for it to be removed.

Hunters, sport shooters and BCF fans defended the new ad saying those that complained were “snowflakes” and “whingers”.

BCF commented the spot on its own YouTube channel saying the use of the word gun in the jingle was to describe people displaying expertise in the outdoor, quoting an example: “He is a gun fisherman".

“This ad is terrible. It has nothing to do with what you’re selling. There are plenty of other words than gun. Take it off the air,” one woman replied.

The campaign is the sequel of the controversial jingle "BCF-ing Fun" that aired in 2016, which also drew in a number of complaints.