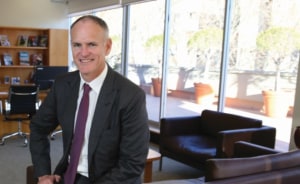 Australian media owners have welcomed the government’s draft mandatory code of conduct to govern how digital platforms pay news companies for their content.

Treasurer Josh Frydenberg released the draft code this morning which will give the two parties three months to reach an agreement, after which it will go to arbitration. If a digital platform breaches a code, they could face fines of up to $10 million, three times the benefit obtained, or 10% of annual turnover, depending on which is greater.

Media companies have struggled with falling advertising revenue which have shifted to digital platforms that allow for greater reach and more targeted advertising.

News Corp Australia has described the code as a “watershed” moment.

“They derive immense benefit from using news content created by others and it is time for them to stop denying this fundamental truth.

“The ACCC's draft Code of Conduct is a watershed moment; it can force the platforms to play by the same rules other companies willingly follow and it ultimately means they will no longer be able to use their power to walk away from negotiations with news creators. This code has the potential to benefit all Australians by securing the future for the people and companies who serve real communities with real news.

“I look forward to entering into negotiations with the platforms as soon as possible.”

“We are confident that following this important step in the process we are positioned to achieve an outcome which will ensure significant long term benefits to our news organisation,” says a Nine spokesperson.

“The draft code has the potential to address some of the serious issues raised by the commercial radio industry, such as revenue sharing and greater transparency of algorithms,” Warner says.

“We will carefully examine the details and the implications for broadcasters during the consultation process.

“Given the difficult conditions that local media are currently trading in, it’s vital that broadcasters can negotiate fairer partnerships with Google and Facebook as soon as possible, and we’d like to see those in place by the end of the year.”

A consultation period will run until August 28.