Australian media companies are winning but caution is creeping in 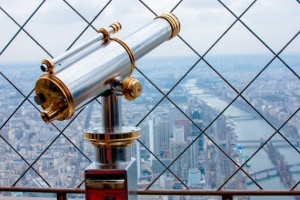 Australia’s local stock exchange-listed media companies are on a strong run to the end of June, but the next financial year will be governed by changed economic conditions.

The advertising market, according to SMI (Standard Media Index) numbers, is upbeat and global issues such as the war in Ukraine, supply chain problems and China's lockdown don't appear to be dragging.

The full impact of interest rates and inflation haven’t been felt so far but caution is creeping into the market.

Analysts at Macquarie: “We remain cautious on the outlook for ad markets into FY23 given the broader macroeconomic climate.

“We continue to highlight a 6-12 month delay between rate hikes and ad markets." 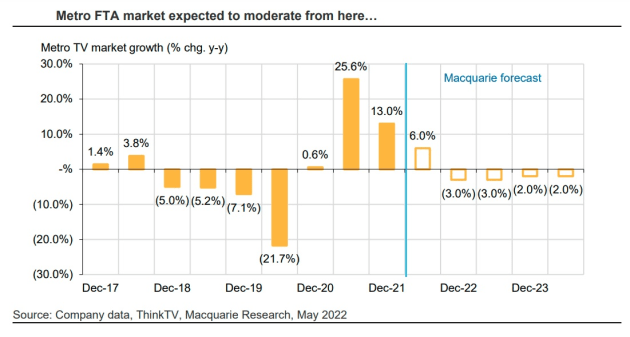 Media companies gave presentations to the 2022 Macquarie Conference, summed up by analysts: “Trading updates across TV were slightly stronger than expected while radio continued to grow as expected.

“Key concerns are rising rates; declining consumer confidence; and ad markets in the next 12-24 months.

“Both Nine and Seven focused on the structural transition from FTA to BVOD. A key focus of this years’ conference was the transition away from cookies (expected in early calendar year 2023).”

Business is brisk, especially for television. Industry insiders say inventory needs to be booked up to 12 weeks ahead and forward bookings are tight post the federal election.

And this advertising spend growth is holding up for key companies that operate locally in Australia and are listed on the ASX: Nine, Seven, oOh!media, HT&E, SCA.

All have given positive trading updates, including the free-to-air networks of Seven West Media and Nine Entertainment.

The media group, in a presentation to the Macquarie Australia Conference, says the TV ad market conditions remain strong.

In the full year to June, Nine expects total television EBITDA growth of more than 20%.

CEO James Warburton: “The earnings upgrade reflects the strength of advertising markets and the ongoing success of Seven’s broadcast and digital businesses.

“The recent acquisition of Prime Media Group, coupled with the winning performance of the Seven broadcast television business and the strong growth of 7plus, make SWM the undisputed leader in the national total television market – a position that we plan to build on in the future.”

JP Morgan analysts, in a note to clients: “Industry feedback continues to support the view FTA advertising market inventory remains extremely tight, despite some moderation from the levels seen in late February.”

Analysts at investment bank Jefferies see market growth slowing and this will make it harder for growth in the 2023 financial year.

The Jefferies analysts: “However, multiple channel checks confirm revenues are now recovering strongly, even in laggard categories such as Fly and Office.”

oOh!media says March quarter revenue was 93% of the same three months in pre-COVID 2019.

Jefferies: “Whilst the Federal election may have been a short-term fillip, nonetheless, the outdoor market is clearly recovering strongly. Retain Buy.”

In radio, SCA and HT&E’s ARN are benefiting from the swing upwards. According to SMI, radio grew 10% in March.

The rise was driven by strong growth in regional (up 9%), with metro revenue in line with market (up 3%).

In a trading update at the company's AGM, HT&E told shareholders total radio revenues for the June quarter were pacing well.

April was ahead 9% and May was on track for double digit increases, as metro markets return to “strong” growth.

Macquarie says this was slightly better than the trading update in February, which indicated Jan was +3% and Feb/March were pacing higher growth than prior months. It was also better than Commercial Radio Australia metro data at +3.2%.