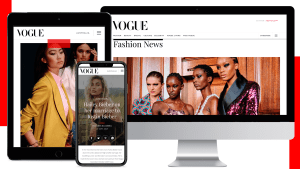 This first appeared in the AdNews Annual 2020. Check out the digital version of the magazine here or subscribe here to get your print copy.

While the Australian Magazine Awards takes a small hiatus this year, AdNews is celebrating the vibrant industry and its successes as we head into 2021. This article was presented by Are Media and supporting partners Ovato and IVE.

A monumental year for the history books, the start of this new decade hasn’t quite begun like the roaring ’20s of a century prior. Fuelled by a global pandemic, disruption has taken a new toll across industries — magazines included.

The favoured “death of print” line has been rinsed and repeated during the years but with change and innovation underway across the magazine industry, it’s safe to say magazines won’t be going anywhere. In fact, they are just taking on new and diversified formats inspired by their audience preferences and the disruption that has been 2020.

One could argue that this has been one of the biggest years of change for the local industry with Bauer Media’s purchase of Pacific Magazines being approved by the Australian Competition and Consumer Commission (ACCC) to form the nation’s largest magazine publisher. Shortly thereafter, Bauer was purchased by private equity firm Mercury Capital and later rebranded to Are Media in Australia and New Zealand.

At the same time, subscriber numbers have also gone up for a number of categories, including hobbies and home improvement, as people spent more time at home during lockdowns.

This year has also accelerated many pre-existing trends and helped shift the industry into new revenue streams. Digital-first strategies backed by data are enabling magazines to enter an exciting new lifecycle.

Are Media CEO Brendon Hill tells AdNews this is where the recently rebranded publisher is headed for 2021. “We have been focusing on our digital and data strategies, our subscription sites and ecommerce platforms,” he says. “It’s been an eventful year but this has positioned our expanded portfolio for success and growth next year and beyond.”

One of the publisher’s recently acquired titles, Better Homes and Gardens, has gone from strength to strength in 2020. The digital audience is up 51% YoY in September and the publication’s ecommerce store has been another key driver of success. “With our biggest sales period still to come around Christmas, our shop sales this year are almost double that of 2019 already,” says Hill. “We are looking to replicate this and roll out similar shopfronts for further brands.”

Hill goes on to say that Are Media has been working to grow its audience across all platforms but now is time to take it to the next level with a data-led strategy. “We need to know more about our consumers,” he says. “We must use our first-party data better, and in different ways. We have recently announced HerMatch which is our first-party data offering, in partnership with Adobe, that connects brands with our targetable and authenticated audiences.

“We also need to focus on diversified consumer revenues. By consumer revenues, I mean sampling businesses, ecommerce and affiliate plays. We’re very good at selling products but I don’t think we often get the credit for that transaction. So we need to get better at proving our leads to clients as well.

“We also need to do better at selling products as an FMCG company and work more closely partnering with our retailers, especially newsagents, and improve our direct-to-consumer offering via Magshop.”

Diversifying its offering among its titles has opened the doors for Are Media’s advertisers to reach new and different audiences. Events and experiences continue to be popular for both consumers and  advertisers. Hill notes that pivoting to online events, such as  Gourmet Traveller’s virtual winetasting masterclass with partner  Church Road Wines, has worked extremely well, and that flagship events such as The Australian Women’s Weekly Veeda Women of the Future Awards are returning with in-person events this side of Christmas.

Product listing, sampling and review sites such as Beautyheaven, BEAUTYcrew and Bounty Parents have proven to be effective commercial models, which Hill says are driving people to purchase.

When it comes to its print products, he notes that the audience is vastly different from the same title’s digital audience, which means there are greater opportunities for advertisers.

“We have more consumers for them to engage with than we ever have before,” he says. “It’s all about continuing to invest in both print and digital strategies. We’re not going to give up on one for the other.”

Bouncing back
While Standard Media Index (SMI) data quoted ad spend for magazines down 43% year-to-date in July, it doesn’t take into account the direct deals taking place in the industry. According to Nielsen Ad Intel, direct advertising represented more than 60% of magazine ad revenue from January to July this year. As a result, advertising in magazines was down only 22% from January to August compared to the previous year.

When put up against the decline other media channels have faced in 2020, magazines are faring substantially better. Direct mail was hit with a 72% decline, cinema dropped 69% and out-of-home ad spend went down 29%.

For many publishers, pivoting their strategy has been essential this year to attracting advertising dollars and bouncing back. Melbourne-based independent publisher Grin, whose publications are predominantly travel focused, had to shake up its entire approach as international borders closed.

“We publish three outbound travel magazines,” Grin managing director Justin Jamieson tells AdNews. “So not only have we been hit with the decline in general advertising in publishing, but we’ve also been smashed by international travel being put on complete ice.”

Grin’s biggest publication, Get Lost, had to shift everything it had built its brand around. Content had to transform from adventurous international holidays to a predominantly domestic focus to keep its audience engaged. Jamieson says this was done carefully to ensure they didn’t bastardise the brand.

It had also taken a massive hit with advertisers. Advertising from cruise ships, airlines and tourism boards make up roughly 70% of the magazine’s revenue.

“A big thing for us was showing that this type of traveller, they’re looking for those independent unique experiences and there are those [experiences] in Australia that haven’t potentially been seen yet,” Jamieson says.

“Then it was about showing advertisers, domestic tourism boards and even Tourism Australia that this type of traveller still needs content and wants to be inspired for when borders open.”

The team also used this year as an opportunity to ramp up its digital footprint and communications to its database.

“That has been done through specialised digital publications and collaborations with other publishers who have a more domestic focus,” says Jamieson.

“For example, [we worked with] the guys at We Are Explorers who have a very big outdoor focus. We’ve done a couple of collaborations with them to build our profile in the domestic travel side of things.”

With potential travel bubbles looming, Grin has also been using its travel expertise to work with international tourism bodies such as Vanuatu Tourism on content marketing.

Prior to the pandemic, Grin offered free advertising in Get Lost to charities that were relevant to their readers. One included a charity that supported refugees in Myanmar. Jamieson says the team decided to keep the initiative going through COVID-19, instead switching the focus to domestic tour operators.

“We offered free double-page advertising to smaller Indigenous-owned and Indigenous experience operators which was really well received,” he says.

Even with international travel off the cards and some domestic border closures, Jamieson says the Get Lost subscriber base grew nearly 30% during the pandemic. This was inline with a rise in subscriptions across travel magazines as people dreamed of their next holiday.

“As people start to come out, they’re going to be thirsty for more content,” he says.

“We’re starting to get to a time where hopefully the advertisers realise that and money will start to flow into the economy again.”

Turning a new page
The COVID-19 pandemic has accelerated the industry’s transformation from pureplay print to omni-channel formats. And it’s paying off.

Edwina McCann, editor-in-chief at Vogue Australia and News Prestige editorial director, says she wishes this innovation within the industry was celebrated more.

“Now is the opportunity to redefine what the industry is, given that the traditional part of it is really so small now. I would like to think we can start talking about it as brand and audience, and start talking about the talent and the innovation that’s come out of Australia.

“And the way this industry has successfully adapted for its audiences — there’s been too much focus on destruction and depletion. Australia has more subscribers than it has ever had in its history now.”

For McCann, she believes it is time for the industry to stop calling itself the magazine industry and start talking about the potential that comes from other revenue streams.

During the past few years, she has been spearheading this change at Vogue. The publication not only has its print format but also a strong audience online and across its social platforms.

Partnerships and ecommerce have played a crucial role in strengthening the Vogue brand, showcasing it is more than just a magazine.

Events such as Vogue Fashion Night Out and Vogue Online Shopping Night Out encourage its audience to shop at participating brands. McCann says these are “tentpole events” for the publication.

“I’ve got digital staff [who are] very well trained at creating editorially led content to drive consumer purchase and to
recommend what consumers would be considering in the online shopping night event,” she says.

“We are well practiced at doing this type of content.”

Vogue is also set to launch an affiliate commerce component to its online platform which will see it individually negotiate with brands the percentage it receives for directing consumers to purchase.

“It’s still at editorial discretion so it’s not bought content,” she says.

“The trust that consumers have about brands is vital in creating an environment where our recommendations are going to be effective in terms of driving transactions.”

It has also been an opportunity to open up dialogue between readers and the Vogue team and add further value for being a loyal subscriber.

“We now have a VIP membership program for subscribers so they can have a direct relationship with us and they can redeem the membership gifts and other opportunities,” says McCann.

“That’s been useful because the only other way you ever heard was through traditional letters to the editor.”

Vogue Codes has been another successful avenue for the fashion title. The event, which went virtual this year, is aimed at motivating women to consider careers in STEM (science, technology, engineering and mathematics).

It’s work like this that McCann says she is most proud of and highlights the breadth of work the Vogue brand does beyond its print format.

“People just want to talk about the glamour and the death of glamour because the headline sounds sexy, but it’s just not the case,” she says.

“My hope is that we can now draw a line under that and it will all be gone. There’s a whole new world to be created.”