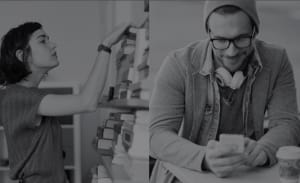 As the nature of advertising changes agencies are increasingly relying on a pool of talented freelancers, but questions are being raised over how fairly creative freelancers are being treated when it comes to getting paid.

More and more agencies are increasing the number of freelance contractors they work with as work becomes more project-based and as the type of work they do for clients changes. Many agencies are finding the best way to make sure they have the right capabilities for diverse projects is to tap into freelancers as and when their specialist talents are required, because they can't afford to have the permanent headcount. It's not new for agencies, but it is happening more.

The Freelance Collective, an online community of Australian freelance creatives, is pushing for better treatment and small business ombudsman Kate Carnell has backed calls for fairer treatment of Australian creative freelancers. Australian businesses could now face regulation if they aren't seen to be playing fair.

“Without a doubt, getting paid on time is one of the most difficult parts of working freelance. We’re often a one-man-band up against a multinational, and they hold all the cards when it comes to when we get paid,” says Hendy.

“We hear lots of stories of freelancers having their payment terms clearly stated on their invoice, but being completely ignored by companies who instead enforce their own extended terms.”

Carnell lodged an inquiry into payment times and practices earlier this year and is pushing for more regulation to ensure freelancers get paid what they deserve, in a reasonable time frame that allows them to continue operating.

Unless big businesses can demonstrate fairer terms, Carnell is in favour of bringing in legislation similar to that in place in New York.

The New York “Freelance Isn’t Free” law means freelancers in the city have a right to a contract that outlines the nature of work, the rate and the completion date, if they are providing $800 worth of work or more, over a 120-day period.

It offers greater security for freelance workers and companies failing to comply can be fined.

The inquiry found there is a need in Australia for quicker payment terms for “creative soloists”, contractors and freelancers as big business often use smaller businesses as a kind of ‘bank’, by dragging out payment times to enable cash flow. In doing so they are forcing smaller operations out of business.

“Some larger companies are pushing freelancers to breaking point and there are no rules in Australia that prevent this,” she said.

“Freelancers generally work alone and can’t afford to be waiting three months or more for payment. There’s no justification for standard invoices to not be paid in 30 days or less.”

One local freelancer tells AdNews that while overall the experience is positive, there is often a hold-up with payments and a need to push invoices to be paid, which can have a negetive knock-on effect.

"Having to follow up on unpaid invoices is uncomfortable. At the risk of over-stating the experience, on reflection, I think that conversations about money generally feel a bit awkward, and then following up on an unpaid invoice suggests to your client - unfairly - that you are somewhat needy, with the implication that you clearly aren't in demand," the freelancer says.

"I think the issue is that freelance invoices are processed in same was as all other operating and supplier invoices, but the latter are businesses better able to manage the cash flow delay or working on agreed longer payment terms."

Communications Council CEO Tony Hale tells AdNews members of CommsCouncil “greatly value” the services of freelancers. Although he didn't clarify if the CommsCouncil has policies in place for members to follow. He says “typically freelancers are placed on contracts with invoices paid between seven to 14 days of being submitted”.

“I cannot imagine our members placing freelancers on extended payment terms. However, as the creative landscape continues to fragment, I can see the risk of working with organisations who are not members of The Communications Council,” he adds.

Carnell’s enquiry, which was published in April this year, found that payment terms are often stretched out up to 120 days, and 40% of invoices are paid late.

The argument from freelancers is the same one often heard from agencies that global clients often stretch payment terms well beyond reasonable time frames, which means agencies are essentially bankrolling larger corporations. The practice flows down the chain so the little players, with least support, are bearing the brunt of poor corporate behaviour.

Freelancers can contact the Australian Small Business and Family Enterprise Ombudsman (ASBFEO) if they believe they are subject to unreasonable payment times or practices.

Do you have a story about freelancing in Australian agencies? Where are the best and worst places to work in Australia if you’re freelancing? Let us know in the comments, or email adnews@yaffa.com.au