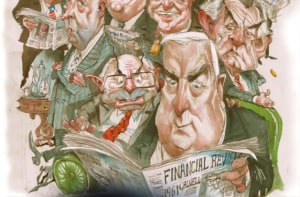 The Australian Financial Review (AFR) has ended its relationship with Factiva after failing to agree on a new model with the News Corp-owned global news database.

The current deal, said by industry sources to be worth more than $1 million a year, had been in place since 2011 and was due to be renewed next year. AFR ditched its deal with Factiva once before, in 2007, but then re-signed a few years later.

Factiva, with global revenue running into the hundreds of millions, includes content from all major Australian publishers including Nine, News Corp, Seven West Media and the Australian Broadcasting Corporation.

However, Nine's national financial newspaper, like many publications facing declining advertising revenue, has become more focused on strengthening its subscription-based model, and decided to end the agreement.

“We will no longer be supplying content from The Australian Financial Review to Dow Jones Factiva after failing to agree a model that can support sustainable investment in public-interest journalism,” says David Eisman, director of subscriptions and growth at the AFR.

“The Australian Financial Review is focused on a subscription business model designed to support its award-winning journalism. The current relationship with Factiva is inhibiting that approach, and therefore is not in the long-term interests of our readers.”

Factiva, a subscription news database by Dow Jones, combines more than 32,000 sources to give corporations, university students, academics and librarians access to content from 200 countries.

While the value of the deal hasn’t been revealed industry insiders say revenue generated on Factiva from the AFR would be more than $2 million. The AFR would have received a proportion of that.

Factiva’s deal with Nine’s other mastheads, The Sydney Morning Herald and The Age, isn't impacted by the changes.