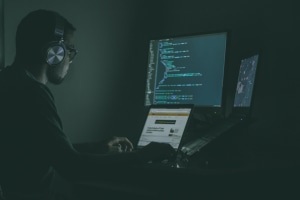 Australian marketers will lose $756 million this year due to invalid clicks on their paid search campaigns, according to a study by cybersecurity company CHEQ and the University of Baltimore.

CHEQ has undertaken a report detailing the full scale of click fraud, with economist Roberto Cavazos, a professor of economics at the University of Baltimore, using the latest economic analysis, proprietary CHEQ data, and expert interviews.

The report found that spend on paid search in Australia by brands and agencies stands at $4.2 billion annually.

However, 18%, or nearly one in every five ad clicks in Australia is invalid either due to competitor clicks or bot traffic, based on our data on more than 1.8 billion clicks analyzed.

Click fraud is carried out either by direct competitors or by organized criminals, with complex infrastructure set up to defraud multiple businesses, usually through the use of fake websites and automated bots.

Most of the ad platforms refer to this problem as “invalid clicks", a term which also covers accidental clicks, automated activity such as web crawlers and multiple clicks from the same source.

"However, a large part of this crucial paid search spend is wasted on invalid clicks, which is both an economic loss for companies while also denying advertisers crucial data when bots, instead of humans, are clicking on expensive ads."

Cavazos says it is expected that the number of invalid clicks will continue to increase due to rising sophisticated attempts by fraudsters to hijack pay per click (PPC) budgets.

"Research has shown that inbound marketing strategies such as PPC is experiencing robust growth and despite guardrails in place, the cost of invalid PPC traffic will only continue to rise," Cavazos says.

CHEQ launched in Australia and New Zealand in May, with the appointment of O’Brien as the regional managing director.