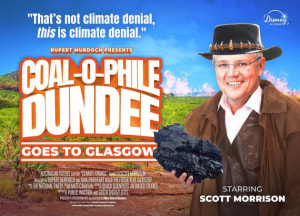 Australia's record on climate change has been mocked on the biggest billboard in New York's Times Square.

Comedian Dan Ilic, who calls himself and investigative humourist, raised more than $177,000 -- and rising -- on platform Indiegogo for the stunt: JokeKeeper: Shaming Australia’s climate inaction.

He describes it as: "Subversive comedy to ridicule fossil fuel supporting parties in the upcoming federal election."

He had enough for a 10 minute display, with a 3m 20s loop with 10 different pieces of creative.

The stunt is designed to highlight Australia's record ahead of the UN Climate Change Conference in Glasgow, COP26, at the end of the month, which prime minister Scott Morrison says he will now attend.

Dan Ilic: "Australia is set to peddle a whole bunch of mistruths at the COP26 Climate Conference in Glasgow."

The stunt was picked up by celebrities including Russel Crowe:

And can be seen here.

And more satirical activism is on the way: "Because we have met our targets for both the billboard in Glasgow and the target for an animator to create and impressive motion projection work on the SEC Armadillo. We're now raising money for a much much much more ambitious project:

"A $1,000,000 fund to pay comedians, satirists, filmmakers, producers and data scientists to create a season of digital sh**stirring from November up until the election.

"This full time team will create satirical content in any medium to undermine incumbent coalition politicians who continue support continue to support fossil fuel extraction and are also strategically most vulnerable to climate action centric candidates." 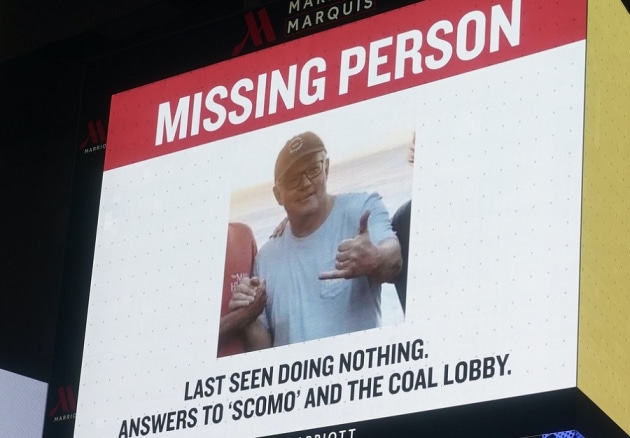