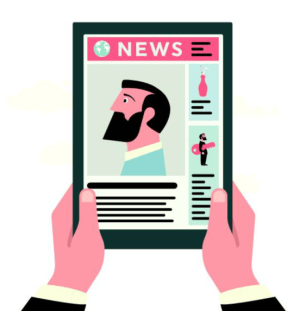 Australia's big digital newsrooms are publishing fewer stories now than they did at the end of 2019.

Analysis by media montoring group Streem indicates an overall drop of 8% in the number of stories at 19 of the biggest news websites, including the ABC and news.com.au and subscriber sites such as The Australian and the Australian Financial Review.

From September to November 2019, the sites published an average of 1,854 unique stories a day. Syndicated stories were removed from the count.

From April to June this year, that daily average fell to 1,700 stories a day.

The fall is partly attributable to lost jobs in the media because of the disappearance of 10 Daily, one of the news sites being monitored. However, Streem says that explains only about a third of the fewer stories.

Some publishers have also reduced the quantity of stories in favour of quality.

And the coronavirus has caused pauses or reductions in many newspaper print sections in areas such as entertainment and travel, resulting in fewer stories migrating online.

Conal Hanna, Streem media and partnerships lead, says there may be some lift now with the return of those sections. However, he doubts story volumes will return to 2019 levels.

“Trying to do more with less is never easy, and in a constrained ad market like this one it also doesn’t make much strategic sense," he says.

“Far better for publishers to continue focusing on aligning their output with the needs of their core audiences.

“That means having the best stories, not the most stories.”

The reduced output hasn’t hurt audience figures which, while falling in May from their March peak, are higher than late 2019 for almost all major news brands.