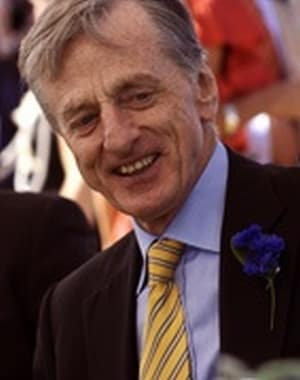 Like many others, I couldn't resist a response to Sir Martin Sorrell's chat to Paul McIntyre.

First, my experience of over 40 years is never trust a multinational! And I would add, never underestimate Sir Martin Sorrell.

You can bet his words were carefully crafted to deliver his desired outcome. Various versions of this speech have been trotted out by multinationals for the past fifty years. And for years independent agencies have survived and thrived in tough times and will continue to do so.

I have created and sold two agencies. Begg Dow Priday to JWT in 1980 and Austin Begg & Partners to Interpublic in 1993. Both agencies were started in tough times when the bureaucratic and lazy multinationals believed size was more important than talent.

Like many other indie agency owners before and after me, the day you sell is the day you die. They kill the culture that made your agency successful. You lose control of your destiny and autonomy to faceless people in New York or London.

And the great staff that helped you to become successful leave to seek fulfilment elsewhere because they hate the multinational culture.

And the result? Everyone loses. Including the multinationals. But most of all the owners/shareholders.

More recently of course, many indie owners lost control of their destiny with the Photon experiment.

I wonder how many of the 'embarrassingly large number of deals" negotiated by Sir Martin in the past seven months will be sustainable? Very few I suspect.

In Australia, perhaps the stand out exceptions and success stories are John Singleton's various forays and the BBDO/Clemenger alliance.

Unlike Interpublic, JWT and others, BBDO had the commercial savvy to let Peter Clemenger run Clemenger with minimum interference and I suspect John Singleton wouldn't tolerate anyone else running his show anyway.

And Sorrell talks about his 'one stop shops' which are basically in house agencies designed to placate clients who wish to manage the status quo.

Begg Dow Priday was a one stop shop back in the seventies (With Dennis Merchant  as our first Media Director in 1975 and Harold Mitchell came on board in 1976 when I convinced him to exit Masius). I quickly discovered that great media directors like Dennis and Harold in the same room as the creative director actually multiply the effectiveness and power of the final solution. So the concept is great and it works.

But, if history is any guide, in-house agencies and this new version of 'one stop shops' will never attract high calibre talent and will sooner or later revert back into the marketplace with a dynamic, switched on independent agency.

That's why Traffic is a one stop shop today for many of our clients.

And a confidential, obligation-free offer to any agency owner thinking of selling to a multinational: Please call me first. A one hour free consultation on all the reasons why not to sell.