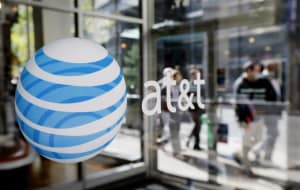 Two of the world's largest telcos, AT&T and Verizon, have joined a growing number of blue chip brands to pull advertising on YouTube and Google's Display Network amid concerns over brand safety.

They join Johnson & Johnson and car rental giant Enterprise Holdings as the latest brands outside of Europe to stop advertising after an investigation found ads were appearing alongside content featuring hate speech, extremists and rape apologists.

AT&T, the world's largest telecommunications company, says it will remove ads from Google's non-search platforms until the it can find solution to better protect brands

“We are deeply concerned that our ads may have appeared alongside YouTube content promoting terrorism and hate,” an AT&T statement read.

Verizon, one of the largest advertisers in the world, says it took immediate action to suspend advertising when it became aware ads were appearing on “non-sanctioned websites”.

“We are working with all of our digital advertising partners to understand the weak links so we can prevent this from happening in the future,” Verizon said in a statement.

Enterprise, one of the largest rental car providers, says it is working with media agencies and executives at Google and YouTube to find a solution.

“As you probably know, programmatic buying is a relatively new advertising ‘science,’ and has only become mainstream within the last four or five years,” a statement read.

“Although it is effective in dealing with the highly fragmented nature of the digital ad world, programmatic buying is still evolving as a business practice – and it appears that technology has gotten ahead of the advertising industry’s checks-and-balances. There is no doubt there are serious flaws that need to be addressed.”

Global pharmaceutical GlaxoSmithKline has also pushed the pause button and joins more than 250 organisations, including the UK government, Toyota, Tesco and McDonald’s.

Think TV CEO Kim Portrate says brands are becoming more demanding about where they spend advertising dollars and the environments they are placed in.

“As the AANA’s media transparency events in Melbourne and Sydney this week showed, brands deserve a safe environment to advertise in, where their ad is 100% viewable and free from bot-fraud," she says.

“And as Procter & Gamble’s Marc Pritchard told marketers in his seismic speech on these topics in January, this is your money and you are absolutely right to demand better as you navigate the increasingly complex media landscape.

“Choosing to advertise in a premium quality environment where the content you advertise against is crafted and managed by professionals is the most powerful way to protect your brand.”

Over the weekend, Havas UK took the extraordinary step of pausing YouTube and GDN advertising for all of its clients, but advertising groups in Australia have told AdNews they will not be following suit.

AdNews has found brand safety is an issue in Australia and most brands have been managing the situation in partnership with their media agencies and Google.