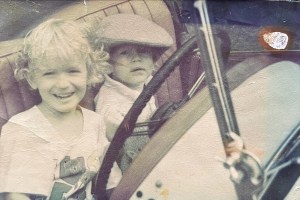 Ant and Jack White as children. Photo by their mother.

Ant White, who left suddenly from Howatson + White, the agency he co-founded with Chris Howatson, has resurfaced.

He is now listed on LinkedIn as creative partner at Sunday Gravy, a position described as self employed.

Sunday Gravy is run by his brother, Jack White, who is managing partner.

"We've always wanted to do something together and this is very exciting," Jack told AdNews.
The brothers have been working on a campaign for Rebel.
Ant White departed Howatson + White in August suddenly and without explanation eight mlonths after the two left CHE Proximity to strike out on their own.

Howartson, the CEO, had been working within the Clemenger Group, which CHE Proximity is a part of, for nearly 20 years. Ant White was the chief creative officer.

Levi Slavin of Colenso BBDO in New Zealand is replacing Ant White as chief creative officer at what is now called Howatson+Company. He starts in January.