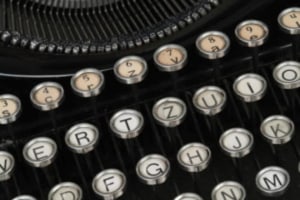 News Corp, heading for a record year, is a stand out for the reviving fortunes of so-called traditional media.

It’s something of a revenge of the hacks moment. Those who know news, of the premium kind, written by journalists and not citizen bloggers, are recognised by advertisers.

Digital advertising lifted by 21% in the three months to March, marking the 7th quarter in a row of double-digit growth. Digital now accounts for 62% of total advertising revenues.

And print advertising has expanded for four consecutive quarters by double digits. In the March quarter, print ads were up 18% growth year-over-year, partly due to easy
prior year comparison but also due to strength in the technology category.

News Corp posted record revenue of $US2.49 billion, up 7% for the March quarter as digital advertising revenue surged.

The global media group’s News Media segment (revenue up 5% globally and 2% in Australia) continued to benefit from a rebound in the advertising market, new content licensing revenue (Facebook and Google) and a 15% rise in paid digital subscribers.

“It marked the seventh consecutive quarter of strong growth which we forecast will stretch to eight,” he said in a note to clients.

“This is set to be driven by continuing resurgence of ‘old school’ units News media (third quarter EBITDA up five-fold) and Dow Jones (up 7% despite USD 15 million in one-off Opis acquisition costs), as well as resilient contributions from digital real estate (up 17%).”

“The group has sufficient capacity to consider strategic investments,” the analysts write.

“Success is building on success. We will relentlessly continue to drive our performance in the quest for enhanced returns for our investors. Complacency, smugness, and hubris are not words in our vocabulary.

“News Corp is a company transformed - more intensely digital, more intelligently global, with strong growth in our core markets and much unrealised potential.

“Macroeconomic challenges affect all businesses, whether that be the supply chain, corrosive inflation, or febrile currency markets.

“But our resilience, adaptability and ingenuity were stress-tested by the pandemic and led to record revenues and profits. We, understandably, are optimistic about the years ahead.”

Thomson says News Media was the biggest contributor to News Corp’s growth in profitability in the March quarter, with segment EBITDA about 388% higher.

“News Australia had a strong quarter, with substantial improvement in profit contribution, thanks in part to our deals with the tech platforms, continuing cost discipline and the development of our digital platforms,” he says.

And the June quarter?

“We continue to expect incremental annual revenues from the recent platform agreements, with the majority of that allocated to News Media.”

However, investment bank Morgan Stanley had a note of caution.

Its analysts say News at first look delivered a solid March quarter but growth appeared to be decelerating.

March quarter EBITDA (earnings before interest, taxes, depreciation, and amortisation) growth of 20% compared to +30% in the half year to December and was -2% below expectations.

“Industry-wide, we expect revenue and earnings growth likely becomes more challenging in a rising interest rate environment,” the analyst wrote in a note to clients.