ANALYSIS: The problem for Australian advertisers in a postponed Olympics 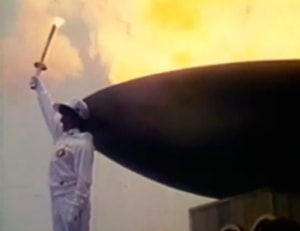 The postponement of the Tokyo Olympics presents a large problem, and perhaps a sigh of relief, for brands and their marketing departments.

The budgets were loaded, creative locked down and resources poised to capture the attention of the massive global audience of the games and put on sales for the big brands.

Where does that effort, and budget, now go?

A likely scenario is that the money will drop to the bottom line, disappearing from the ad spend universe, shrinking an already coronavirus-spooked advertising market.

Media buyers in Australia say the money for many brands will be looking like an extravagance in a coronavirus world where sales across many industries are dropping through the floor.

In such a crisis, cash is king (just look at WPP AUNZ which this week withdrew dividends to strengthen cash reserves).

Companies need as much ready money as they can lay their hands on to plug any gap in sales caused by the coronavirus. Not having to spend on the Olympics is a gift in that scenario.

And broadcasters now have a hole in their programming. Their costs will be down because they don’t have to pay for something they can’t broadcast but the ads booked against it won’t happen until next year.

In the US, NBCUniversal had already sold $US1.25 billion in advertising spots.

In Australia, local games broadcaster Seven West Media, had some weeks ago already booked $90 million and taken on a range of brands as sponsors.

Some brisk renegotiations are taking place with those advertisers.

“Our partners are just as disappointed as us, but completely support that the health and safety of the global community comes first,” says Kurt Burnette, Seven’s chief revenue officer.

“We’re already working together to explore all options and to help support them in reaching their key audiences now, when messaging is more important than ever.”

In the US, NBCUniversal says it’s working with advertisers: “We’re exploring all options to best serve their brands and our consumers this year, and into 2021.”

The lost opportunity is large. The 2016 Rio Olympics brought NBCUniversal $1.6 billion in revenue.

In Australia, local sponsor money could stay with brands rather than being deployed.

Ben Willee, GM and media director at Spinach, thinks many marketers will be breathing a sigh of relief.

“Budgets are being cut as we speak, and apart from the logistical problems of re-scheduling everything, it means they have more flexibility in the short term,” he says.

“If I was a betting man, I would suggest that flexibility is going directly to the bottom line.”
He says it’s a shame because big events with lots of content are powerful for brands doing personalisation at scale.

“Consumers have to log in to watch content that’s not on the linear TV feed and they have to provide some information at the time,” he says.

“We can use that information for addressability and more opportunities for mass personalisation.

“We should always remind ourselves that TV stations are their own biggest client. Just as the Nine Network used the tennis as a springboard for MAFS we expected the Olympics to be a major springboard for Network 7 to launch their back half. So it’s a blow that the Olympics has been postponed.”

However, the good news is that Seven is unlikely to have to pay for the Olympics this year.

“In a clever financial trick, they also wrote off approximately $50 million on the basis they wouldn’t recoup the whole amount in ad revenue,” he says.

“That suggests to the financial analysts (who are much smarter than me) that the total cost of the Olympics was likely to be $100 million. I know a few businesses that would like to save $100 million in the current environment.”

Mark Echo, national planning director at Bohemia, agrees with the scenario that the marketing money allocated for the Olympics will likely stay with the brands.

“Given the cost of sponsorship packages for the Olympics, a lot of time and money has invested already from the sponsors,” says Echo.

“Given the uncertainty in the market from Australia’s COVID-19 response (lockdown, consumer confidence), their spend will be going to the bottom line and shifted from marketing.”

However, he points out that this is a postponement and not a cancellation.

“Once the timings for the games are confirmed again, it will be one of the biggest Olympics event (second to Sydney in 2000) given the hype and excitement as it will represent a bigger moment then just the Games itself but also that the COVID-19 threat is truly behind us - globally,” he says

However, Seven will take a substantial hit this year from both ratings and revenue.

The ability to cross promote and hype other shows during the Olympic broadcast will also see a decrease in projected audience numbers.

Echo says Seven is particularly good at moving viewers from one environment to the next for additional Olympics content -- from main channel to digital and from TV to digital.

The Olympics is a perfect vehicle for driving viewers to create 7plus accounts and log in, he says.

“To deliver an Olympic campaign takes years of careful planning, development and tense negotiation,” he says. “Right now, all those years of hard work can feel totally worthless.”

Many brands will default on their association with the games, which means there could be deals up for grabs, he says.

“However, for those with the ability to think laterally, the new date for the games could be a gift,” says Harrison.

“The disruption will create interesting opportunities for brands to be of new (and previously unthought of) use and utility in an environment where everyone will be looking for help to navigate.”

Nathan Rogers, head of strategy at whiteGREY, says a lot of brand and marketing directors are relieved at the moment.

“The reluctance of the IOC to make a call on the blinding obvious would have meant a fair bit of stress, scenario planning and workshops over the past two months,” he says.

“Whilst the decision seems obvious to the outside, the pace of it perhaps demonstrates just how far the Olympic movement has come over the past 120 years from amateurs to bureaucracy.”

Many brands would have been expecting exponential return on their sponsorship in this year’s sales figures, says Rogers.

“And that’s something they are going to have to find a way to account for,” he says.
“For agencies, it is an opportunity to show just how nimble and flexible we can be. As a strategist, it is a massive problem to help solve in replacing a sponsorship property so big.

“But the answer can be found closer to home for brands who are willing to shift their focus from a global celebration to a more relevant tone for 2020 – one of community support.

“There will be open media space and freed up budgets to engage in sustainable brand citizenry and support battling communities such as small business owners feeling the devastation of Covid-19, but also those decimated by the bushfires over summer.”