ANALYSIS: Share of ad spend for Australian media companies is about to fall 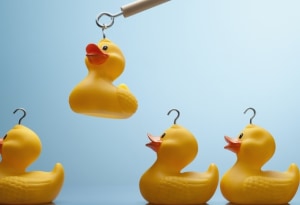 The big tech players, social media and emerging players such as TikTok will take a bigger share of digital ad spend in Australia post COVID-19, according to analysis by Morgan Stanley.

And the investment bank’s analysts forecast the share held by domestic media companies – TV, radio, print and outdoor – will shrink, unless they innovate quickly.

They calculate ad spend for domestic media, which was $10.4 billion in 2019, will fall at an annual compound rate of 9% for the next five years.

“We think investors perpetually underestimate the global leakage of ad spend from Australia,” write the analysts in a note to clients.

A common market view is that the ad dollars spent with Google and Facebook in Australia have started to plateau, with revenue returning to domestic traditional media.

“We disagree,” says Morgan Stanley. “The reported numbers do not support this view.”

The overall Australia ad market has shown little growth -- around 1.9% a year -- over the last few years.

However, financial statements filed with corporate regulator ASIC show the global media/tech players have increased revenue in Australia by about 20% a year for the last three years.

“There is no plateau; if anything, we expect an acceleration post COVID-19,” says Morgan Stanley.

The global ad tech players, such as Google, Facebook, Snap and Twitter as well as emerging platforms such as Amazon and TikTok, will collectively continue to take an increasing share of Australian consumers' time, particularly among the younger demographics.

The global ad tech players will see their ad revenue fall in Australia during the current downturn but it won’t be as severe as that of local radio, outdoor, print and TV.

Morgan Stanley forecasts a 2.1% fall in revenue this calendar year for global players, while domestic media players will see a 22.1% drop in domestic ad revenue.

“Even during this downturn, we expect the global tech players will further lift their market share of advertising in Australia,” say the analysts.

For example, Google Australia's gross revenue was $4.8 billion in 2019. Morgan Stanley forecasts a 4% fall this year for Google, reflecting the ad industry slowdown, before rising to 13% a year growth over the following four years to reach between $7 billion and $8 billion in ad revenue a year in 2024.

“Eventually, COVID-19 will be over and there will be a cyclical recovery in the Australian economy, and a bounce-back in the advertising cycle,” say the analysts.

Most expect a rise then for domestic media earnings but the Morgan Stanley analysts say the market will be disappointed.

“Even post COVID-19, when the overall advertising market stabilises and starts to improve, we think the magnitude of the recovery will disappoint investors,” the analysts say..

“Our point of difference is our thesis … that if the global tech players continue to grow revenue double digits in Australia, but the total pool of ad revenues is only increasing 2% to 3% p.a., there is necessarily a ‘crowding out’ of ad spend left for domestic media companies to pursue.

“We believe the market underestimates the risk to ad revenue, profit margins and ROE (return on equity) on a five-year view.”

The key reason the global players will continue to grow faster than local media is structural change.

“The consistent industry feedback we receive is the current challenges facing large, small and medium-sized businesses across Australia is prompting leadership and management teams to think harder and deeper about becoming more digital,” say the analysts.

“Necessity is the mother of invention. Businesses that had persisted with traditional/old media platforms for their advertising and marketing strategies will likely rethink.

“Many SMEs may have tried digital marketing efforts for the first time ever during the COVID-19 lock-down.

“At the same time, consumer behavior and time spent has similarly accelerated in the already established trends towards digital/online/mobile media.

“As such, we expect the same pivot will occur with the allocation of advertising/marketing budgets.

“The flip side, we expect the crowding out of domestic media, which mostly comprises traditional media platforms (free-to-air TV, pay-TV, radio, print) is set to become more intense, not less.”

The exception is Nine Entertainment which has a range of revenue sources, including digital subscription, streaming and digital advertising assets.

The analysts say their forecasts could be threatened if the global players fail to continue to innovate and lose their share of consumer's time and ad share.

“It is possible some of the Australian domestic media players can reinvent themselves to develop much more significant digital/internet businesses.

“Thus far, in our coverage universe, we consider that only NEC (Nine) has demonstrated the ability to complete such a reinvention.”