ANALYSIS: A weak advertising market has caught up with Nine 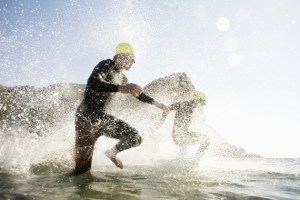 A soft advertising market has finally caught up with Nine, say analysts.

But Nine’s outlook is better than many of its peers and its share price may undervalue the company as it restructures following the Fairfax Media merger.

“The current malaise in the advertising market has caught up with Nine Entertainment,” says Brian Han, senior equity analyst, Morningstar, in a note to clients

“It has wiped out the expected synergy from the Fairfax merger (circa $28 million).”

Nine yesterday told shareholders at its AGM that earnings growth for the full year will be only in the low single digits, down from 10% previously forecast.

The market has been expecting a pickup in advertising sometime during the December quarter, driven in part by retailers searching for a share of the Christmas dollar spend.

However, Nine says early signs of a second quarter improvement in the TV advertising market improvement had faded.

The media group told its AGM: "Advertising from pretty much every major advertising category was weak in the September quarter particularly from auto, Government, domestic banks and gambling. And whilst our business has become much less subject to the vagaries of the ad market, this weakness has of course, impacted."

And Macquarie radio is also affected by a soft advertising market, a fact made worse by the advertiser boycott of Alan Jones at 2GB.

Business at online property classifieds site Domain has also been weaker than expected.

Moringstar has cut its Nine EBITDA (earnings before interest, tax, depreciation and amortisation) estimates for the next three years by around 7%, mainly in free-to-air TV, metropolitan print media and radio.

These are the three advertising-dependent divisions “mired in the current weak advertising environment,” says Han.

Morningstar says its 2% forecast growth in Nine's 2020 EBITDA to $432 million may look pedestrian but is rosy compared with double-digit-plus underlying earnings declines expected from advertising-reliant operators such as Seven, oOh!media, and Southern Cross.

“We won't even hazard a guess as to the profit challenges currently facing Newscorp's Australian media units,” says Han.

Shares in Nine are trading at a 13% discount to Morningstar’s fair value estimate.

“While this is understandable given near-term cyclical challenges, it ignores the group's intrinsic value based on its evolving asset mix,” says Han.

Macquarie Wealth says of Nine: 'Outperform. While the trends in TV are a concern, we believe value exists across the portfolio."

Nine's outlook, as presentetd to shareholders at ther AGM: