Amazon Advertising is having little impact on Google and Facebook 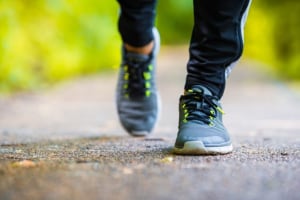 Google and Facebook are unexpectedly maintaining share of digital ad spend despite the rise of Amazon Advertising, according to the latest analysis by eMarketer.

Earlier this year eMarketer estimated that the duopoly's share of the US digital ad market would see a small decline in 2019 and 2020. “But both Facebook and Google outperformed our expectations in H1 2019,” write analysts at eMarketer.

“We now estimate the two companies will increase their slice of the pie this year, dipping slightly in 2020, and pick up share once again in 2021.”

Rather than disrupting the duopoly, Amazon’s ad business looks to have joined it as a third giant, growing its share primarily from the long tail.

By the end of next year, nearly 70% of US digital ad dollars will end up with one of the three leading sellers.

Amazon pulled in about $US3.58 billion from advertising over the three months to the end of September, up 45% on the same quarter last year and up from $US3 billion in the second quarter this year.

Amazon in April this year launched its advertising service in Australia.

Amazon is getting close to advertising agencies to ensure their media spend is flowing the right way as the giant retail platform continues to weaken the dominance of Google and Facebook, according to analysis by Forrester.

But the industry analysts say don’t get excited too quickly. And watch out because Amazon would love to get that ad spend directly from brands.